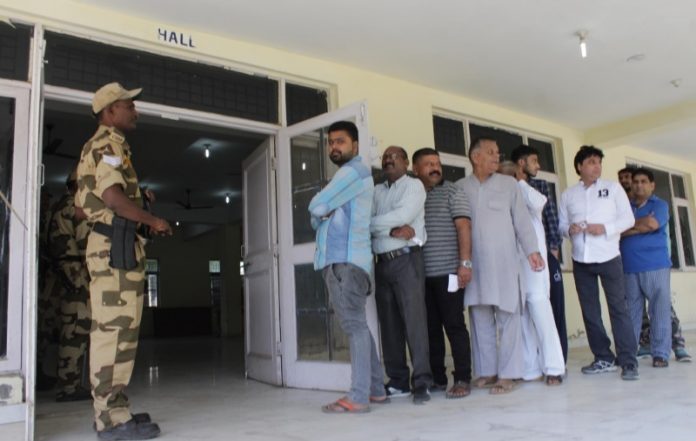 Over 1.83 crore voters in BJP-ruled Haryana will cast their votes in a single-phase polling that began on Monday morning to elect the 90-member legislative Assembly, election officials said.

Other than minor initial hiccups in the operation of the electronic voting machines, voting began across the state at a brisk pace.

Electors across the state could be seen reaching polling stations even before the voting started at 7 a.m. The polling will continue till 6 p.m.

“There has been no report of any delay in starting the poll process,” an electoral officer told IANS here.

A total of 1,169 candidates, including 105 women, are in the fray. One candidate is a transgender.

Political observers say the main contest is largely between the BJP and the Congress.