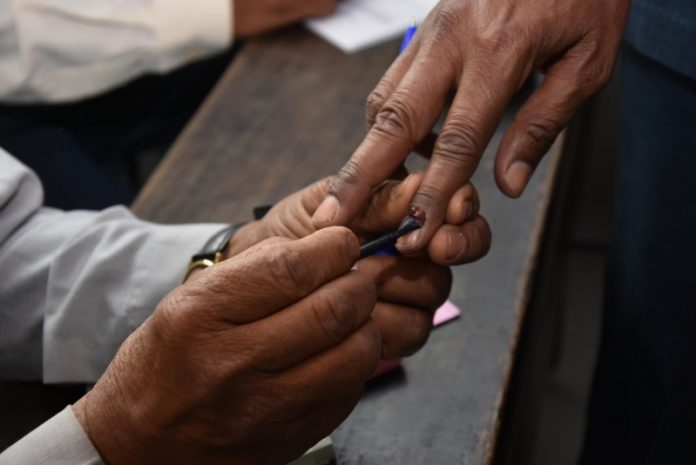 Polling for the bypolls in Tamil Nadu’s Vikravandi and Nanguneri assembly constituencies began on Monday to decide the electoral fate of 35 candidates in the fray.

The polling will conclude at 6 p.m. The counting of votes would be taken up on October 24.

Bypoll in Vikravandi was necessitated following the death of DMK legislator K. Rathamani in June, while the Nanguneri seat fell vacant as Congress legislator H. Vasantha Kumar resigned after he got elected to the Lok Sabha.

A total of 23 candidates are in the fray in Vikravandi that has around 2.24 lakh voters.

The main fight is between ruling AIADMK’s R. Muthamilselvan and the principle opposition party DMK’s N.Pugazhenthi.

On the other hand, Nanguneri seat will see 12 candidates fighting it out though the main rivals are AIADMK’s V. Narayanan and Congress candidate Ruby R. Manohar. The total number of voters in Nanguneri is about 2.57 lakh.

Authorities have asked people not belonging to the two constituencies but who were involved in electoral campaigning to leave and hotels/ lodges/marriage halls have been asked to ensure outsiders do not overstay.

Security has been heightened in the two constituencies for a peaceful conduct of polls.

Leaders of AIADMK, DMK, Congress and other parties campaigned for their own candidates as well as for the candidate of their ally.

On the other hand, for DMK, the campaign was led by party President M.K. Stalin and others.

The leader of the Naam Tamilar Katchi Seeman created controversy while campaigning for his party candidate in Vikravandi justifying the gruesome killing of Rajiv Gandhi for sending the Indian Peace Keeping Force (IPKF) to Sri Lanka.

During his campaign, Seeman said history will be rewritten in the future to the effect that Rajiv Gandhi who had sent IPKF to Sri Lanka to kill Tamilians was later murdered in the Tamil land.

A female Tamil Tiger suicide bomber blew herself up at an election rally near Chennai killing the former Prime Minister on May 21, 1991.

Seeman was booked by Tamil Nadu police for his provocative speech with an intention to cause a riot and an intentional insult to breach the peace.

A report on the cash seizure at Nanguneri assembly constituency from a house where DMK legislator K.S. Saravanakumar was staying has been sent to the Chief Electoral Officer, said a top official in Tirunelveli.

Meanwhile, at Nanguneri, some people from nearby villages surrounded the house where DMK legislator representing the Periyakulam Assembly seat and other DMK party members were staying and seized cash of about Rs 2.78 crore.

“A First Information Report has been lodged and a report has been sent to the Election Commission,” Shilpa Prabhakar Satish, Tirunelveli District Collector had told IANS.

Saravanakumar alleged that the villagers had attacked him and stole his money, jewellery and his mobile phone.

In the 234-member Tamil Nadu Assembly, the ruling AIADMK has 123 members (including the Speaker), DMK-100, Congress-7, IUML and Independent-1 each and two vacant seats for which bypoll will be held on Monday.