Defence lawyers on Monday started cross-examining the girl, who had in 2013 accused former Tehelka editor-in-chief Tarun Tejpal of rape charges.

While the hearing was conducted in-camera and both prosecution, as well as defence lawyers, were unwilling to comment on the course of the proceedings in the court of Additional Sessions Judge Kshama Joshi, sources said that the cross-examination was likely to continue on October 22 and 23.

“The victim is being cross-examined by the defence team. It is likely to continue on Tuesday,” sources said.

The victim was flown to India from the UK, where she is currently residing, to appear for the cross-examination.

Tejpal is charged with several sections of the IPC for sexually assaulting the junior colleague inside a lift of a resort hotel in Goa during the magazine’s event in November 2013.

Tejpal has been booked under Sections 376 (rape), 341 (wrongful restraint), 342 (wrongful confinement) 354A (sexual harassment) and 354B (criminal assault), of the Indian Penal Code.

The trial, which began on September 2017, was delayed after Tejpal moved the Supreme Court pleading quashing of the charges framed against him by the lower court.

Disposing of his plea in August this year, the apex court directed the lower court to complete the trial within six months. 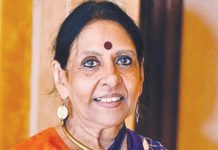