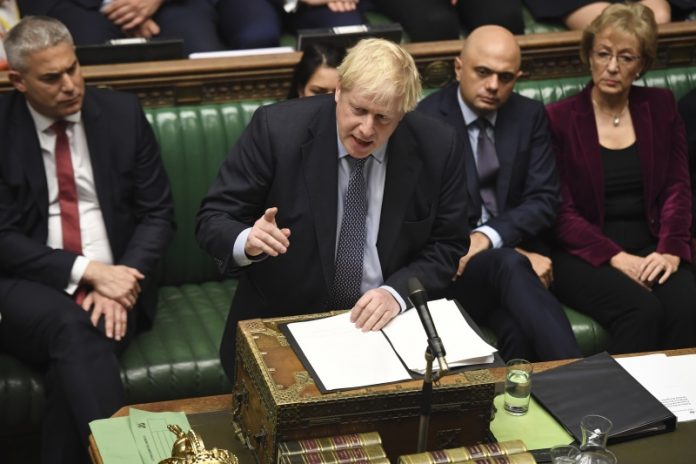 UK Prime Minister Boris Johnson has published his 110-page Brexit Withdrawal Agreement Bill just hours before MPs were scheduled to debate it in House of Commons on Tuesday, in an attempt to avoid another delay and take the country out of the European Union (EU) by October 31.

The Withdrawal Agreement Bill was accompanied by another 124 pages of explanatory notes.

The Bill details exactly how Parliament is expected to put the deal that the Prime Minister agreed with his counterparts around the continent into UK law, reports the BBC.

Ministers have insisted that they have the numbers to get the Withdrawal Agreement Bill approved, despite losing a crunch Commons vote on October 19 aimed at ruling out a no-deal Brexit.

If MPs back the bill, they will then vote on the government’s “programme motion”, which sets out the timetable for the legislation’s passage through the Commons.

If the programme motion is approved, the bill will then move to the committee stage, which will continue on into Wednesday when MPs will have the opportunity to put down amendments.

These are expected to include attempts to keep the UK more closely aligned with the EU through a customs union and to stage a second referendum.

Both were strongly opposed by the government, raising a possibility that it could pull the bill altogether if either gets through.

Ahead of the debate, Johnson on Monday night called on MPs to get behind the government’s plans.

“The public doesn’t want any more delays, neither do other European leaders and neither do I,” he said. “Let’s get Brexit done on October 31 and move on.”

But opposition MPs have said there would not be enough time to scrutinise the bill in just three days, the BBC reported.

Labour’s Shadow Brexit Secretary, Keir Starmer, accused ministers of trying to “bounce” MPs into approving a Bill that could cause “huge damage” to the country.

The Scottish Nationalist Party’s Pete Wishart said: “Three days to consider a bill (that)somebody suggested is 100 pages… how on earth are we going to have the chance to assess that properly?”

The 110-page document will give legal effect to the withdrawal deal negotiated by Johnson which ditches the backstop – the controversial measure designed to prevent a return to physical checks on the Irish border.

Instead, it essentially draws a new customs border in the Irish Sea, as goods which could travel onwards to Ireland will have to pay a duty tax.

It also will see the whole of the UK leave the EU customs union, meaning it could strike trade deals with other countries in the future.