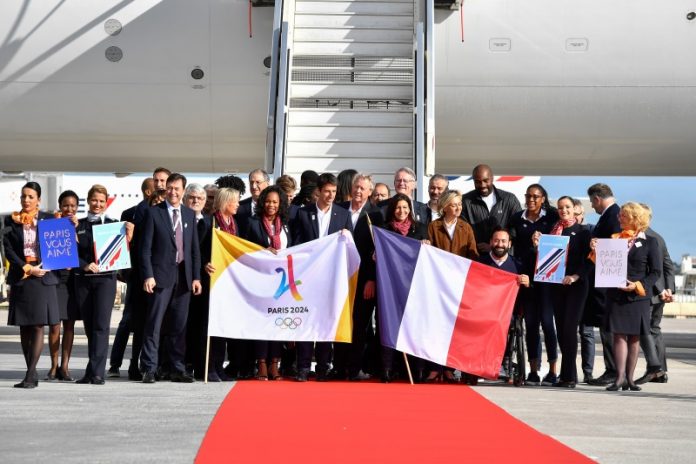 The Organising Committee for the Olympic and Paralymic Games Paris 2024 has unveiled its new emblem.

The new design brings together three iconic symbols connected to sport, the Games and France — the gold medal, the Olympic and Paralympic flames, and Marianne.

“The combination of the gold medal, the Olympic flame and Marianne brings together the values, history and French touch that will make these Olympic Games truly special. I believe that this innovative design will be quickly recognised around the world and be a wonderful calling card for the Olympic Games Paris 2024.”

The emblem embraces the shape and colour of the most beautiful medal of all to express one of the core values of sport: striving for excellence. That same commitment also informs every step that Paris 2024 is taking in organising the Olympic and Paralympic Games Paris 2024 so that it can fulfil the pledges it has made to stage a different, grounded, sustainable and inclusive Games.

Over 3,800kg-worth Cannabis Seized in 2 Days From Tripura, Assam