She vividly remembers a childhood spent amidst scents of different small towns; the yawning pace of life, a household that held literature dear. And how at her uncle’s house in Kangra, conversations around Pahari paintings and Indian miniature were a part of daily conversation.

“Art was therefore never an outsider. As a child too, I was always encouraged to jump into a conversation, to never hold back from questioning. Well, the latter part is still going strong at the age of 75,” artist Gogi Saroj Pal remembered, taking a long drag from her cigarette and carefully collecting the remains of it in a portable ashtray. “You know, I derive a certain pleasure from ruffling feathers,” she added as if an afterthought. That seemed to have come as a warning.

At the ongoing ‘Contextualising Progressives: Indian Art in the Twentieth Century’ exhibition, curated by Pal and Ved Nayar at the India International Centre in Delhi, while sharing anecdotes about the major artists, she seems to be in no mood for a linear conversation, but in fact, bursts, punctuated by her laughter.

One of the senior-most artists in the country working consistently in different media including oil, gouache, ceramic, installation, sculpture and weaving, Pal, who is known for her powerful portrayal of the female form, breaking pre-defined norms, talking about the concerns of the unheard and the issues that stem from unequal relationships makes it clear that her choice of medium is purely dictated by her mood and not market forces.

“It’s very important that I give myself certain freedom and follow my gut. I fact, once my father asked me why I get into other mediums when my paintings sell so well. I clearly told him that being an artist was not synonymous with painting. It was a way of life. I see art and possibility in everything. Why should I hold myself back? Failure would be the last thing to scare me,” said the artist who trained at different institutes, including College of Art in Banasthali, Rajasthan, Government College of Arts and Crafts in Lucknow and College of Art in Delhi.

“I was lucky to study in so many places as that allowed me not to be biased and leave behind deadwood. Also, what makes me happiest is the fact that I managed to offend almost every second teacher in all the art schools I attended.”

Insisting that would not really be fair to bracket her as a feminist artist, Pal reaffirms that it is justice for the deprived that her narratives revolve around. “At one point in time, I painted people living in exile. The country’s partition and how it affected many, including those around us provided so many layers that demanded to be explored. For example, a man who lived with us till his retirement and who we called uncle (mother’s brother) was, in fact, a Muslim who chose not to cross over.”

For someone who has read voraciously on mythology, but stays away from rituals, she observes a lot of “injustices” in it, the reason why she reinterprets it in her work. “It is after all storytelling, but can sometimes be very targetted, keeping in mind what the storyteller wants to achieve. These tales have always meant to convey different things in diverse periods. I try to make sense of those stories and reinterpret them in today’s contexts. I’ve worked a lot on ‘Kamdhenu’, the wish-fulfilling cow that emerged from ocean churning. Now my concern is, has anyone bothered to ask what her wishes are?”

Gogi, who has been through several personal losses and health issues smiles that for her it is important to take life head-on. “More than pain, it is the fear of it that disturbs. I have always been an adventurer, and in adventure sports, bruises are a way of life.”

In the debate of the importance of social relevance in art, the artist is clear that she is not a “doodler”. “I am not a decorative artist, maybe that’s one of the reasons that I don’t get into a sweet talk. I came into art through literature. Having grown up in a household where reading was an important way of life,” she concluded. 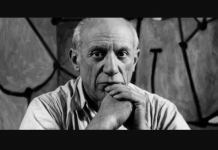 At 86, Picasso fell in love with Switzerland’s Basel 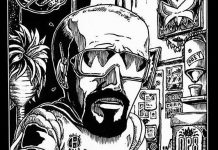 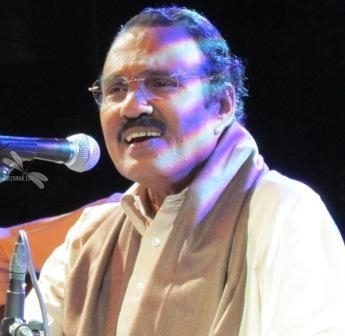 Roads in Madhya Pradesh no Less Than US, Says Chouhan