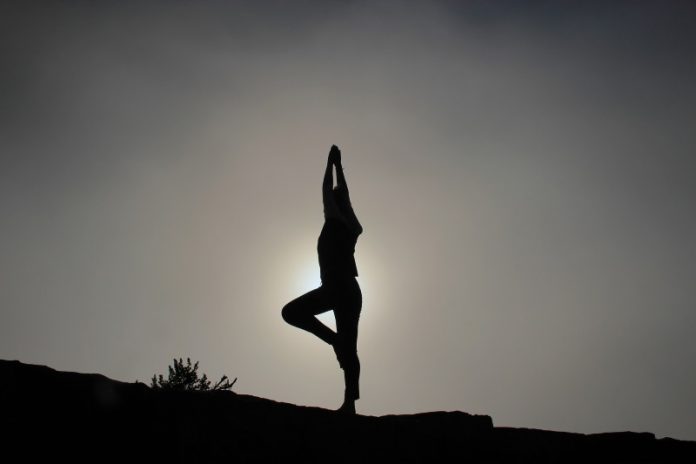 Yoga, which gained global popularity after the United Nations in 2015 declared June 21 as the International Day of Yoga, continuous to fascinate and evoke interest among the common man as well as the aficionado.

Grand Master Akshar became the latest spiritual guru to unveil his book “Yoga Namaskar”, here on Wednesday, to unravel the yogic secrets of the majestic Himalayas.

“The book is the first part of a series, which will reveal the secrets of yoga the way to attain spirituality,” said Akshar, adding he would spread the ancient science all over the world and share its fruits with everyone.

According to the book, the yogic process is more than a physical or mental practice and is a deep-rooted culture that nourishes the soul.

To connect with the five tattvas or elements, nature, physical and metaphysical is the endeavour of any spirit. Through the yogic postures, the flow of prana (life), the stillness of dhyan (meditation) and the focus of dharana, any individual can evolve to a higher spiritual plane.

“Yogis must grow and evolve in practice daily to become complete. The more they fill with teachings and practices of yoga, the closer they are to perfection, a asserted Akshar.

The book also has a wealth of information on beneficial yogic processes. Endowed with mystical arts, Akshar has the capacity to convert negative energy into positive energy. Armed with meditation techniques, he is familiar with parallel life and transcendence.

“Akshar is empowered by special mantras (hymns) and has healing capabilities, including aura healing, chakra balancing and positive affirmations,” said a statement from the publishers.

Akshar claims to have 500,000 students worldwide, trained about 3,000 teachers and set up 20 yoga academies in his name. “My goal is to touch 5 million lives and train 5,000 teachers by offering a blend of ancient Himalayan teachings and present wellness exercise,” said Akshar.

The master has set up the World Yoga Organisation, a non-profit, to ensure that Yoga remains in the spotlight. It works for the upliftment of the yogic community with the aid of experts from diverse sectors.

Akshar shared his experience of yoga with sports personalities, like Sunil Gavaskar, Matthew Hayden, wrestling champions Geeta and Babita Phogat, among others.