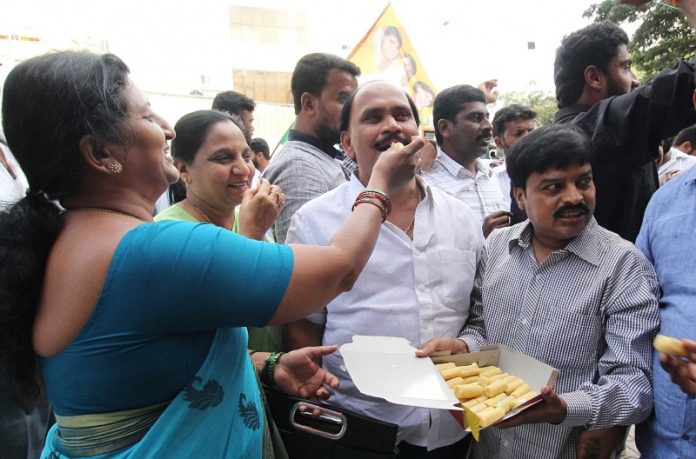 Former Karnataka Minister and senior Congress leader D.K. Shivakumar was released from Tihar jail on Wednesday night after the Delhi High Court granted him bail in a money laundering case.

According to Tihar jail authorities, Shivakumar was released around 9 p.m. after completing all the formalities.

“He was released at 9 p.m. after we received the court orders,” a senior Tihar Jail official told IANS.

Shivakumar was arrested by the Enforcement Directorate on September 3 in connection with a money laundering case.

The high court granted bail to Shivakumar asking him to furnish a personal bond of Rs 25 lakh and two sureties of like amount each. The court directed him not to leave the country without permission.

Shivakumar has been on the radar of the Income Tax Department and the ED since demonetisation in 2016. An Income Tax search at his New Delhi flat on August 2, 2017, led to the seizure of unaccounted cash amounting to Rs 8.83 crore.

Thereafter, the Tax Department lodged cases against the Congress leader and his four associates under Sections 277 and 278 of the Income Tax Act, 1961, and Sections 120(B) (criminal conspiracy), 193 (Punishment for false evidence) and 199 (False statements made in declaration which is by law receivable as evidence) of the Indian Penal Code (IPC).

Incidentally, according to Shivakumar’s affidavit submitted to the Election Commission ahead of the Assembly elections in 2018, his daughter Aishwarya owned assets of Rs 108 crore compared to only Rs 1.09 crore in 2013. 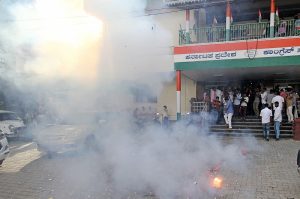