An Uttar Pradesh police constable has been booked for giving triple talaq to his wife after she refused to withdraw a complaint that her brother-in-law had raped her.

The constable’s wife was allegedly raped by his elder brother and the victim had lodged the complaint on Wednesday.

The constable asked his wife to withdraw the complaint and when she refused, he gave her triple talaq on the phone, which prompted the woman to lodge another complaint against her husband on Thursday

According to police reports, the woman belongs to Sambhal district and her father is a sub-inspector in the Provincial Armed Constabulary (PAC), presently posted in Meerut.

She is also a mother to a two-and-half-month-old girl and her in-laws live in Kundarki, Sambhal.

Inspector Pradeep Kumar Malik, Station House Officer of Bhojpur, where the woman’s paternal house is situated, said that an FIR under the Muslim Women (Protection of Rights on Marriage) Act, 2019 had been lodged against the constable who is currently posted in Bareilly.

“After lodging the FIR against the constable, we have sent our report to police in Bareilly to take appropriate action in the matter. Besides, an FIR under Section 376 (rape) has already been registered against the brother of the constable on the basis of the woman’s complaint,” Malik said.

The victim, in her complaint, stated that on October 8, when she was at her in-laws’ house, her husband’s elder brother raped her when nobody was around.

She then returned to her paternal home and told her parents about it. On October 18, she lodged the complaint against her brother-in-law. On October 23, her husband called her up on her mobile phone and asked her to withdraw her complaint.

“I refused to do so. Then he raised his voice and pronounced talaq thrice before disconnecting the phone call,” she said. 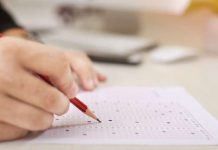