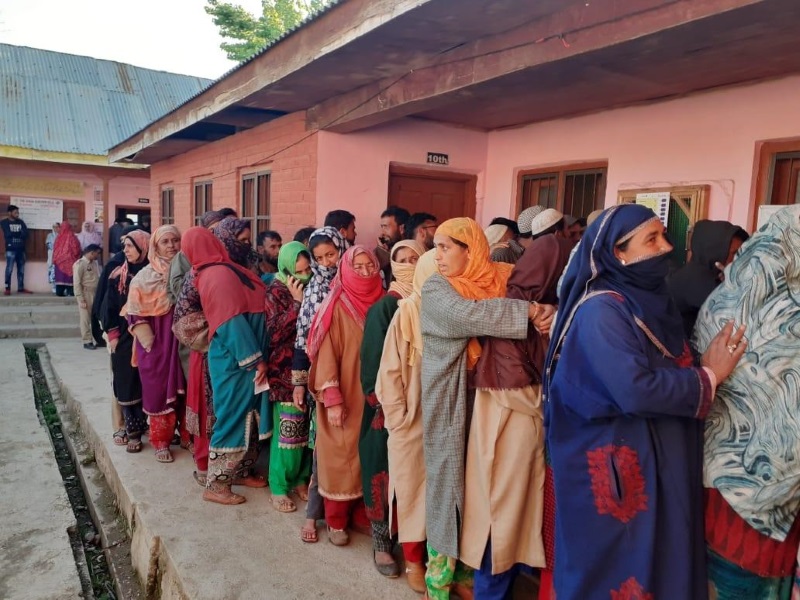 The first-ever elections to the Block Development Councils (BDCs) in Jammu and Kashmir recorded an overall turnout of 98.3 per cent, Chief Electoral Officer Shailendra Kumar said on Thursday.

He said Srinagar district witnessed the highest poll percentage of 100 per cent while southern districts of Shopian and Pulwama recorded the lowest percentage of 85.3 and 86.2 percent respectively in Kashmir Division.

In Kashmir Division, he said, out of 128 blocks, Independents got 109 blocks while BJP bagged 18 and INC 1.

Similarly, in Jammu Division, Independents bagged 88 blocks followed by BJP with 52 and JKNPP 08.

In Ladakh Division, independent candidates got 20 while BJP bagged 11 blocks in the elections.

Out of 316 blocks, the elections for the chairmanship of BDCs were conducted on 280 blocks while 27 block councils were elected unopposed, he told the press conference.

The CEO said polling started at 9 a.m. and ended at 1 pm and the counting of the votes was done from 3 pm onwards.