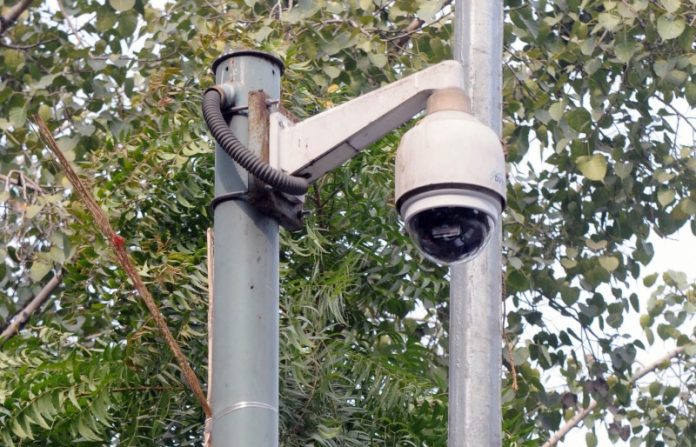 About 16,000 surveillance cameras would soon be installed across India’s tech hub for women’s safety and security, an official said on Friday.

“The high-tech surveillance cameras will be installed at all strategic and busy locations across the city to ensure women’s safety and deter any attack on them, including girls and children,” a state Home Ministry official told media here.

The decision to install the cameras at a cost of Rs 667 crore was taken by the state cabinet on October 22 under the Nirbhaya Fund – Safe City Project, with the Centre sharing 60 per cent of the cost and the state government taking care of the remaining 40 per cent.

The Union Home Ministry has selected Bengaluru as one of the seven cities across the country to roll out the surveillance system on a pilot basis under the Safe City Project.

“The solar-powered cameras will be networked and operational 24×7 to monitor and capture in real-time the movement of the people and vehicles on main thoroughfares, important junctions, traffic signals, malls and markets to track and zero-in on offenders or suspects,” said the official.

A team of trained men and women of the city police will monitor the video footage at the command and control centre, which is connected to all police stations and where vehicular traffic movements on major roads and junctions are monitored 24×7.

“The closed-circuit television (CCTV) cameras installed at all the railway stations, metro stations, bus terminals and the airport will be integrated at the command centre for seamless surveillance. It will be a deterrence for criminals from acting smart and its awareness among the people, especially women, will ensure their safety,” asserted the official.

“Intelligence officials will assist the teams in analysing the visuals, video footage and relevant data from workstations at the command centre in the police control room in the city centre,” the official pointed out.

The surveillance system will have a panic button for the women in distress to press, triggering an alert and a hooter will go on for police patrolling vehicle to reach the spot and tip-off the nearest police station for reinforcement.

“For coordination and efficient management of the surveillance system, women help desks and women police outposts will be set up in all the police stations,” the official added.

The UPA 2 government had set up the Nirbhaya (fearless) Fund in 2013 with Rs 1,000 crore corpus to support initiatives for protecting the dignity of women and ensuring their safety across the country, months after the December 2012 brutal gang-rape of a Delhi college woman who succumbed to her injuries later.