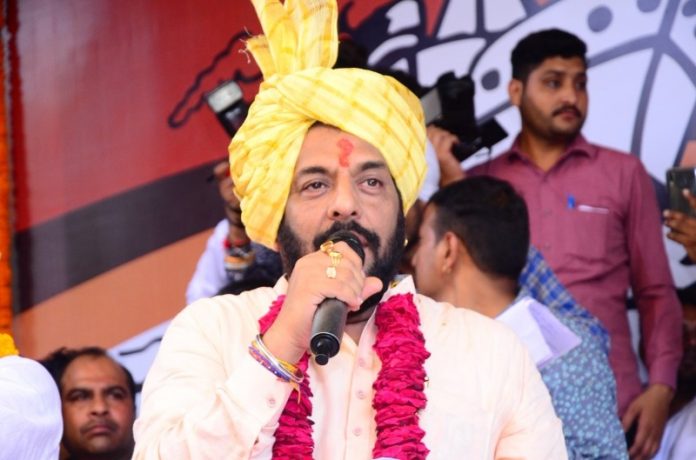 The brother of Geetika Sharma, an air hostess who was allegedly driven to suicide by then Haryana MLA Gopal Goyal Kanda in 2012, on Friday, hit out against the prospect of the BJP joining hands with the tainted politician for forming a government in Haryana.

“Where do we go to find justice, if people like Gopal Kanda are allowed to run constituencies? What about the slogan we have in Haryana – Beti Bachao, Beti Padhao – if we are giving the responsibility of women to a hooligan?” Ankit Sharma told a TV channel.

On Thursday, after the announcement of the results of Haryana Assembly elections, where the BJP fell short by six seats from the magical figure of 46 needed for a majority, there had been reports about talks about the party’s top leaders meeting Kanda to enlist his support.

The businessman-turned-politician has extended his unconditional support to the BJP for forming the state government.

Sharma told TV channels on Friday that it is very demotivating for the family of a victim if the perpetrator of the crime is allowed to have a stake in forming a state government.

“It is very disappointing for a family that has lost two members to somebody’s power and stature. I just want to ask, are we really asking for support to form a government from a criminal? I have lost my sister and my mother seven years back and that suffering is continuing yet. What kind of a nation are we? Please do not ask for support from someone who is involved in criminal activities,” he said.

While Geetika, a 23-year-old air hostess with the now-defunct MDLR Airlines, which was owned by Kanda, had committed suicide in 2012 alleging harassment by Kanda and one of his aides, her mother, Anuradha, also killed herself a few months later apparently unable to bear the loss of her daughter.

Kanda was a minister in the Congress-led Haryana state government at the time that he was accused of abetting Geetika’s suicide. He had formed the Haryana Lokhit Party later on whose ticket he won the recently-concluded assembly elections in the state from the Sirsa constituency. The criminal case against him is pending in the Rouse Avenue court of New Delhi.

UP govt’s move to include 17 communities belonging to OBCs in the Scheduled Castes...