Women’s commission of Kerala had featured in the news, once again, for all the wrong reasons. The committee which came to existence for ensuring women’s rights is now facing the brunt of public anger. The commission had said that it cannot intervene in the Walayar issue since it is a POCSO case.

Now, Manjusha KA, Assistant Professor of School of Gandhian Thought and Development Studies, has raised a similar complaint against the commission.

Manjusha had approached the commission with a workplace harassment complaint. The complaint had stated that she is the only faculty who comes from a tribal background in MG University and that she was forced out of a faculty room in the middle of shifting by the then Head of the Department without providing a reasonable explanation.

Following this, she had complained to the University Syndicate, who were more interested in closing the case rather than enquiring the details of the same.

“Fed up with this, I had decided to forward the complaint to external agencies. I had approached the women’s commission as I was not satisfied with the enquiry conducted by the university appointed-committee. During the first sitting, they had responded very positively. Both of us were present for the meeting. And the committee was surprised that the university did not have an Internal Complaints Committee (ICC),” Manjusha responded to The Woke Journal.

“I could not, however, attend the second sitting as I was at TISS campus as a part of my PhD submission. I am not very sure as to what happened during the second hearing hence.”

And then on October 1st, Manjusha was called for a third hearing. “I was told by one of the staffs in the commission that the file was closed by the university syndicate,” Manjusha continued.

“To this, I responded that I had approached them for I was dissatisfied with the enquiry that happened in the university. Then the staff informed me that the case can’t be taken forward as the university had already closed the case,” she said.

Extremely disappointed, Manjusha had asked the commission if they can at least warn the accused as it was clear in the enquiry that she was not at fault. The staff said that they can do that and immediately asked for his number and called the accused then and there.

The commission meanwhile, informed the professor that they had called him to let know that the file is closed. And added along with it that you shall take care that such situations do not repeat in the department.

“I found this extremely insulting. We expect the Women’s commission to show justice towards women. Now, with the Walayar case, the commission is facing the heat of public dissatisfaction. I heard a lot of people suggesting that the issue happened as those kids hail from the unprivileged environment. But my experience proves that no matter what position you hold, how much you achieved, the approach of authorities towards people from margins will remain the same – uncared for, deserted.” 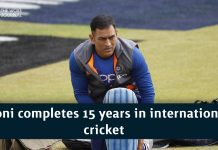 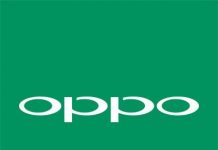 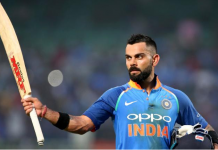