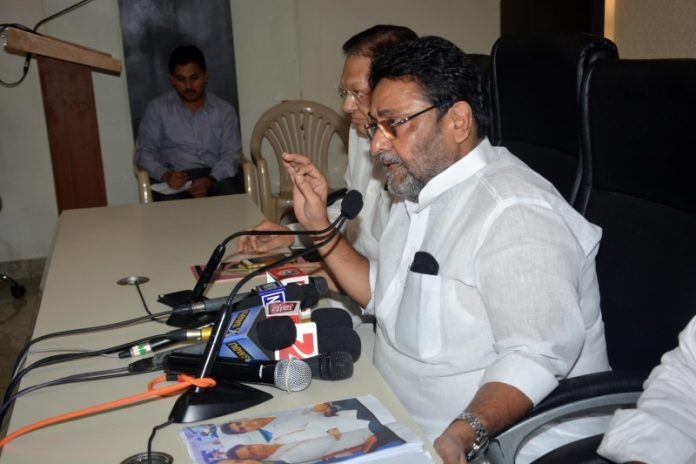 “Our delegation has been invited by the Governor and the indication is that a letter of invitation will be given to us. Tomorrow we shall discuss with the Congress on the ways and means to form the next government,” Malik told newspersons.

Earlier, senior NCP leader and former Deputy Chief Minister Ajit Pawar informed the media that he was called by the Governor at 8.30 p.m. and he was proceeding to the Raj Bhavan for a meeting along with half-a-dozen other leaders but claimed that he had no knowledge as to why he was called.

Malik added that given the short 24-hour time limit, the Congress-NCP could not comply with all the requirements to enable the Shiv Sena to finalise its claim for forming the government.

“The Governor requires letters with signatures, names, constituency names and the number of all the supporting legislators which was difficult to organise at such short notice. The Sena sought additional time, but the Governor expressed his inability to grant the extension,” Malik said.

Earlier, on Sunday, the Bharatiya Janata Party expressed its inability to form the government, and on Monday, the Shiv Sena could not produce the letters of support from the Congress and the NCP though it has secured ‘in-principle’ support from both the parties. And now, the NCP has been given the opportunity.