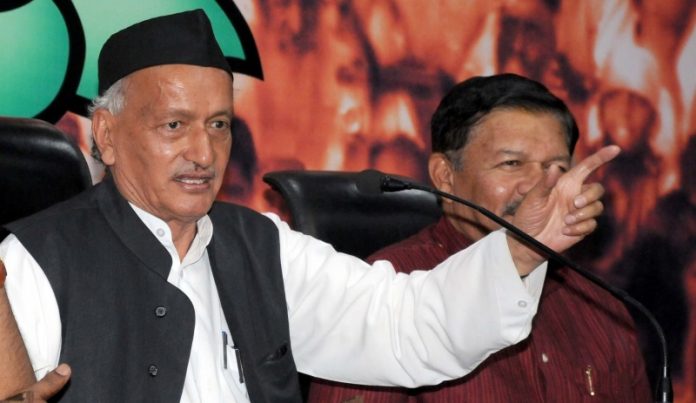 After nearly three weeks of political drama, Maharashtra was on Tuesday brought under President’s rule and its Assembly was placed under suspended animation, with the Centre saying it was “left with no alternative”.

On a day of swift developments, Maharashtra Governor B.S. Koshyari sent his recommendation to the Union Home Ministry calling for imposing President’s rule around noon, saying his attempts to put a government in place in the state had failed.

Soon after, Prime Minister Narendra Modi convened a meeting of the Cabinet which conveyed to President Ram Nath Kovind its recommendation for imposition of central rule in the state. The meeting was held just before the Prime Minister left for Brazil on a visit to attend BRICS Summit.

The President accepted the recommendation and signed the notification for the imposition of the central rule in the state.

The Union Home Ministry on Tuesday said the President’s rule was imposed in Maharashtra with assembly in suspended animation after political parties failed to form a government even 20 days after the results of the assembly polls were declared last month.

In a statement, Home Ministry spokesperson Vasudha Gupta said, “Governor (B.S. Koshyari) made the recommendation to the President in the noon explaining that he made all attempts but not succeeded in efforts.”

She said the recommendation made by the Governor to the President was referred to Home Ministry “upon which Union Cabinet decided on Tuesday to recommend to President to issue a proclamation under article 356 of the Constitution, imposing President rule in the state of Maharashtra and keep the Assembly in suspended animation.”

The spokesperson said the government sent its report to the President as it was “left with no alternative”.

In the 288-member Assembly, the BJP emerged as the single largest party, winning 105 seats in the elections whose results were declared on October 24.

The BJP, along with its pre-poll alliance partner Shiv Sena, was in a comfortable position to form the government. But the Shiv Sena, with 56 members, insisted on rotational chief ministership and because of differences on this issue, it refused to join the BJP in government formation.

On Sunday, the BJP announced it would not form government in Maharashtra in view of its ally Shiv Sena’s stand to not join them in the efforts.

The Shiv Sena has since been trying to form a government on its own with the help of the Congress and the NCP, which had won 44 and 54 seats, respectively.

Subsequently, Koshyari invited NCP to form the government in the state on Monday evening, giving it time till 8 p.m. on Tuesday to demonstrate its support. However, before the expiry of the deadline, the President’s rule was imposed.

Experts panel is analysing cause of Vikram’s failure