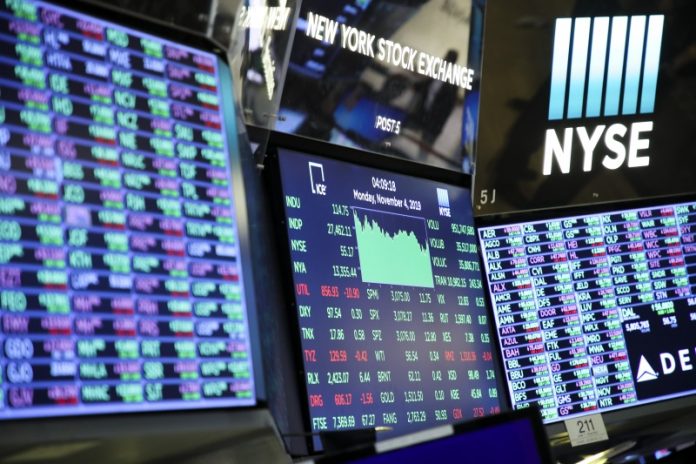 US stocks closed mostly higher after US President Donald Trump’s speech on the country’s economy and stock market.

Trump on Tuesday criticised Federal Reserve’s monetary policies, saying the central bank’s hesitation in lowering the interest rates capped gains in the US economy and the stock market.

He noted that since his election, the S&P 500 has risen more than 45 per cent, the Dow Jones Industrial Average has increased over 50 per cent and the Nasdaq Composite has been up 60 per cent.

“If we had a Federal Reserve that worked with us, you could have added another 25 per cent to each of those numbers, I guarantee you that,” Trump said.

About half of the 30 blue-chip stocks in the Dow traded higher with shares of Walt Disney and Merck & Co up 1.35 per cent and 1.01 per cent, respectively, the top two gainers.

Seven of the 11 primary S&P 500 sectors traded higher with the health sector up 0.58 per cent, leading the gainers.