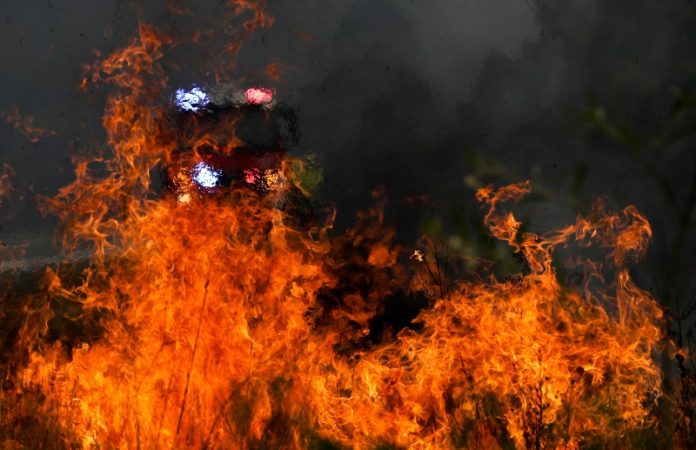 The death toll from the devastating fires in eastern Australia has risen to four as firefighters raced against the clock on Thursday to contain the blazes ahead of the weekend when conditions were expected to worsen.

New South Wales Police reported in a statement that a body was found on Wednesday night in burnt-out bushland near the city of Kempsey, located on the north coast of the state, reports Efe news.

“It’s believed to be the body of a 58-year-old man who lived in a shed nearby,” police said

The four dead have been found in recent days in the central and northern coast of New South Wales, the area most affected by the bushfires that have injured more than 100 people and razed some 300 buildings in an area of more than 11,000 sq.km.

New South Wales’ Rural Fire Service said Thursday morning there were about 60 fires active, with 30 of them uncontained in the state where some 1,200 firefighters tried to mitigate the flames in the face of worsening conditions, such as rising temperatures and wind.

Dozens of fires also burn in the neighbouring state of Queensland and authorities have ordered an evacuation in towns such as Noosa North Shore and Woodgate.

In Western Australia, almost 20 fires are burning in the territory, which is rich in mineral and hydrocarbon resources and where temperatures over 35 degrees Celsius are expected.

The fire season in Australia varies by area and weather conditions although they are generally recorded in the southern summer (between the months of December to March).

In recent years, forest fires in Australia – which this year has also suffered a severe drought – have increased in intensity and many experts link it to the effects of climate change.