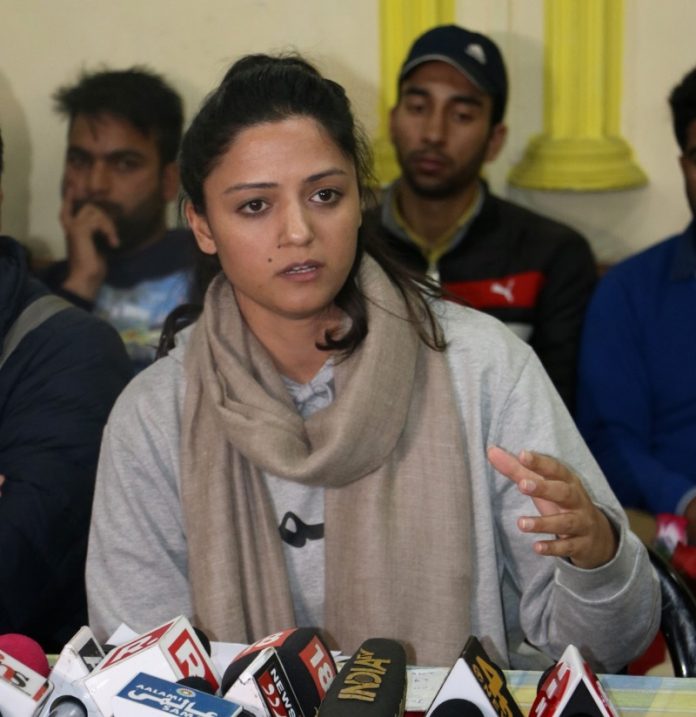 A local court here on Friday directed Delhi Police to issue a 10-day pre-arrest notice to activist Shehla Rashid in case she is to be arrested in connection with a case of sedition filed against her for social media posts allegedly defaming the Indian Army.

The order by Additional Session Judge Satish Kumar Arora came after the court considered the nature of allegations against Rashid and the submission of the Investigating Officer who told the court that the investigation was still at a preliminary stage.

“Keeping in view the nature of allegations and also considering the submission of the IO that the investigation is at a preliminary stage, anticipatory bail application is disposed of with directions to the IO that if the need arises for the arrest of the applicant/accused, she be issued a 10-day pre-arrest notice,” the court said in the order.

Rashid, a Kashmiri activist and former JNU student leader, has been booked on charges of sedition over her comments about alleged human rights violations in Jammu and Kashmir by the Army.

The Delhi Police’s Special Cell had said that the FIR was registered on September 3 on a criminal complaint by Supreme Court lawyer Alok Srivastav who had sought her arrest.

In a series of tweets, days after the special status of Jammu and Kashmir was revoked in August, Rashid had claimed that the Army was indiscriminately picking up men, raiding houses and torturing people in Kashmir.

The allegations had drawn sharp reactions but Rashid had said that she was ready to give the evidence if the Indian Army holds an inquiry.

The Indian Army has officially rejected her claims and called them “baseless” and “unverified”.

After the Army dismissed her claims, many accused Rashid of spreading fake news to disrupt peace in Kashmir.