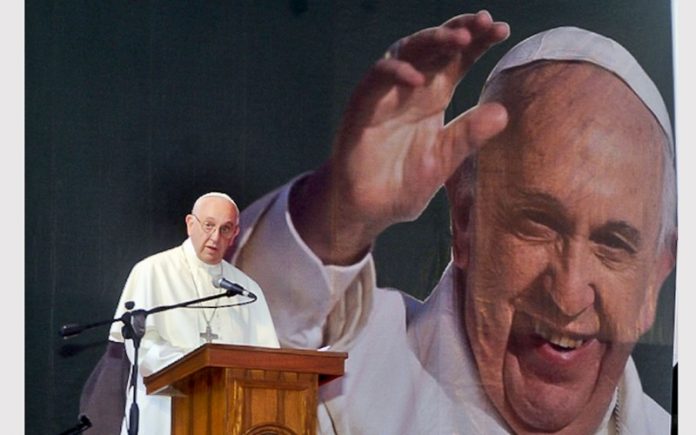 Pope Francis has warned of the dangers that young people face when accessing the Internet and called on digital companies to boost protective measures.

“The companies that provide services have been considered mere providers of technological platforms, neither legally nor morally responsible for their use,” Francis told a gathering of representatives from tech giants such as Facebook, Google and Amazon during a Vatican forum on the protection of minors in the digital world on Thursday, Efe news reported.

He said digital companies could not claim to be oblivious to how people are using their sites.

“That is why I am addressing today the most urgent call for responsibility with regards to minors, their integrity and their future,” he added.

“Without the full involvement of companies in the sector, without full awareness of moral consequences and their management and operation, it will not be possible to guarantee the safety of the child in the digital context.”

He said age identification should not be considered a violation of privacy rights but rather an important premise for the effective protection of children.

The pontiff said companies that allow internet browsing on mobile phones are required to verify the age of their users to prevent children from accessing pornographic sites, adding that a recent study found that, on average, they are first exposed to pornography at 11, and that the trend could become even younger.

The head of the Catholic Church also praised the benefits the internet has brought to young people, allowing them to learn and communicate, but warned that some could be exposed to “unacceptable criminal violence or influences that seriously damage the integrity of their body and spirit”.

He said the dissemination of child abuse images was increasing rapidly.

“The spread of pornography in the digital world is growing rapidly,” he added.

“This is already very serious, the result of a general loss of human dignity and not rarely linked to human trafficking.”

He said such imagery had an extra damaging effect among children with “a propensity for violent behaviour and deeply problematic emotional and sexual relationships.”