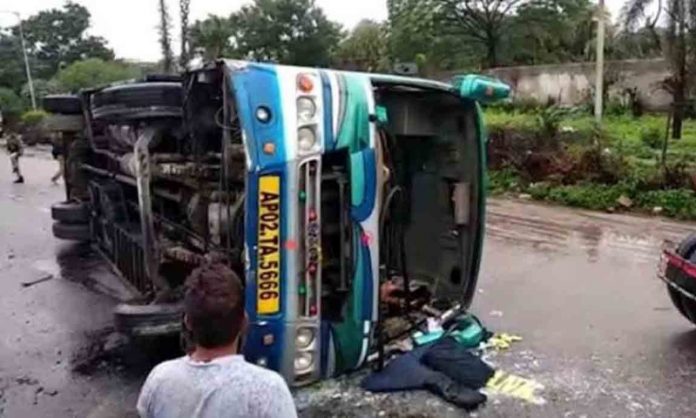 Eleven people were killed while over 15 others were injured when a bus collided with a truck on Monday morning in Bikaner near Lakhasar village in Rajasthan, police officials said.

The collision was so intense that both vehicles caught fire. The police and fire brigade rushed to the site after being informed by locals, said SHO Ghulam Nabi, Sheruna station.

He told IANS that the bus was on its way from Bikaner to Jaipur when it collided with the truck. The bus and truck both were gutted in the fire which broke out soon after the crash.

Of the 15 injured, three are critical and have been rushed to Bikaner district hospital.

Prime facie reports said that fog diminished the visibility and hence the accident occurred, however, a detailed investigation will be done once the injured recover, he said.

The deceased are yet to be identified he added.

“Extremely pained to know of the terrible accident on NH 11, Bikaner-Jaipur highway in which eleven people have lost lives. It is heart wrenching and my thoughts go out to all family members of the deceased. May God give them strength. Prayers for the injured,” he tweeted.

Over a lakh Keralites register to return home