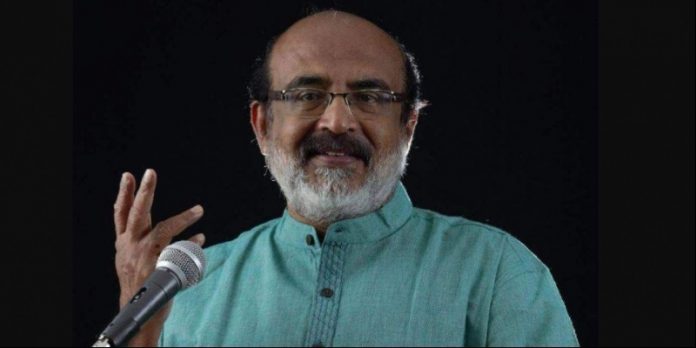 The Kerala Assembly on Tuesday witnessed an angry exchange of words between the treasury and opposition benches besides trading of charges against each another.

State Finance Minister Thomas Issac lost his cool when senior Congress legislator V.D. Sateesan in his speech sought an adjournment motion over ‘economic mismanagement’. Sateesan asked Issac to quit, saying that he would be held responsible for destroying the economic situation of the state by engaging in extravagance and absolute mismanagement of the state’s finances.

“Your performance this time compared to the tenure you had in the same job during 2006-11 is appalling. We warned you numerous times about the way you are mismanaging the finances and it has reached a stage of no return with the state’s total public debt touching Rs 2.50 lakh crore, up from Rs 1.50 lakh crore in 2016, taking the per capita debt of every Keralite to Rs 72,030, up from Rs 46,075 (2016),” said Sateeshan.

Hitting back, Issac said when the Congress government had demitted office in 2016, there was around Rs 1000 crore in arrears of the social pension and this government not only cleared that but also increased the pension amount.

“In the three years of our rule, the health and education sectors saw a huge infusion of funds and 5 lakh students came back to the state-run schools, so was the huge response of the public to the state-run health care system,” said Issac.

Issac, however, lost his cool, when he was taunted by the opposition and said, “you just wait we will soon come out with the manner in which you built faulty flyovers like the now closed Palarivattom flyover.”

“We have found out how you have siphoned off crores by revising the estimates of several bridges and flyovers. Wait, we will reveal everything,” said a peeved Issac.

Hitting back at Issac was Leader of Opposition Ramesh Chennithala who objected to the threats.

“You assumed office in May 2016 and one of the first decisions you took was to scrutinise all the cabinet decisions taken by the Chandy government six months before that government demitted office. You were one of the member in that committee headed by State Minister A.K. Balan and please let us know, it’s three and a half years now, were you able to find at least one erroneous decision. So please do not come out with threats,” said Chennithala and led the entire opposition out of the house, after the Speaker P. Sreeramakrishnan disallowed the adjournment motion.