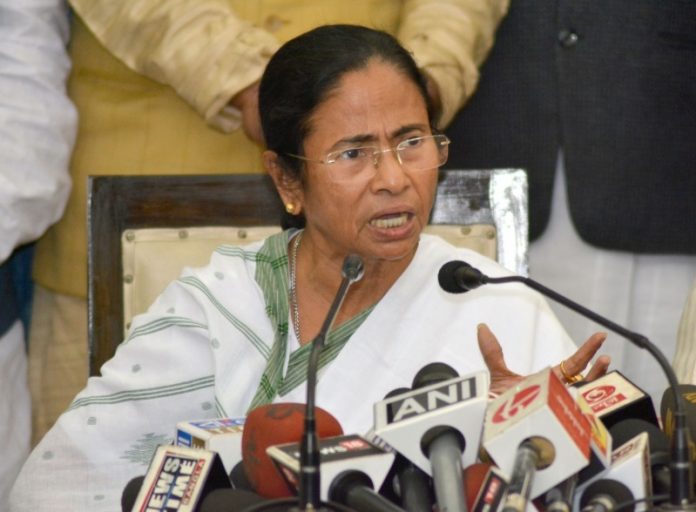 Ruling out any scope for the proposed Citizenship Amendment Bill (CAB) or any National Register of Citizens (NRC) exercise in West Bengal, Chief Minister Mamata Banerjee on Tuesday accused the BJP, without naming it, of trying to divide the people of the state on the twin issues.

Speaking at an administrative meeting in north Bengal’s South Dinajpur district, Banerjee said that CAB will make those coming under the provision a foreigner for six years before a final decision is taken on their citizenship rights.

The CAB provides for granting Indian citizenship to minorities in Pakistan, Bangladesh and Afghanistan after an aggregate period of residence or service of a government in India for “not less than six years”.

The Chief Minister said that people should not worry about NRC or CAB, as neither will become a reality in West Bengal.

“There will neither be CAB, nor NRC. So don’t worry. Despite that, I must tell you that all of you are Indian citizens. There is not a single person who is not a citizen — irrespective of whether you are a Rajbanshi, Santhal, Hindu or Muslim, Bengali or Gorkha.

“Whoever lives in Bengal, has a ration card, who run their own business or do some other work, or whose children study in schools or whoever receives benefits of government schemes, you are all citizens,” she said.

In an apparent reference to the BJP, Banerjee said ‘some people’ were trying to break the age-old amity between communities.

“At some places, they are saying only Rajbanshis would be beneficiaries of CAB, not Bengalis. In this way, they are trying to drive a wedge between Rajbanshis and Bengalis.

“At some other places, they are trying to divide Bengalis who came as refugees, and others who have been living here for generations. Similarly, attempts are being made to divide Hindus and Muslims, and Muslims and Christians,” the Chief Minister said.

Describing the entire matter as a ‘big farce’, she urged people not to believe in such propaganda. “Unity in diversity is a salient feature of West Bengal. If anybody tries to spread misinformation, don’t panic,” she said.