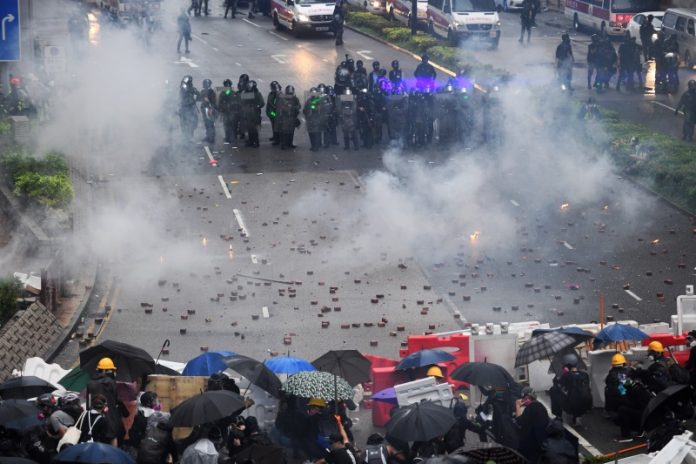 China on Wednesday condemned the passing of the Hong Kong Human Rights and Democracy Act of 2019 in the US Senate.

The US Senate passed the legislation on Tuesday despite strong opposition from the Chinese government, Xinhua reported.

“The move grossly interfered in Hong Kong affairs and China’s internal affairs, seriously violated international laws and the basic norms governing international relations and blatantly bolstered the opposition and radical violent criminals in Hong Kong, which once again laid bare in front of the whole world the overbearing nature of some US politicians and their evil attempt to contain China’s development,” said Yang Guang, Spokesperson, Hong Kong and Macao Affairs Office of China’s State Council.

Yang said that the continuous violent activities in Hong Kong have seriously trampled the rule of law and social order, disturbed Hong Kong’s prosperity and stability, challenged the bottom line of the “one country, two systems” principle.

He added that some of the violent behaviours were inhumane and appalling.

“Facts have proved that the biggest risk facing Hong Kong now is rampant violence, not the so-called issue of democracy and human rights,” Yang said, adding that the behaviours of some US politicians have completely confused right and wrong and confounded black and white, and are double standards with total disregard to principles.

“Nothing can stop the rejuvenation of the Chinese nation,” he said, noting that Hong Kong will maintain long-term prosperity and stability with the strong support of the motherland and the law-based rights and freedoms of Hong Kong residents will be fully protected.

“We advise some US politicians to immediately stop interfering in Hong Kong affairs, and abandon those foolish moves that benefit nobody but instead hurt themselves,” he said.