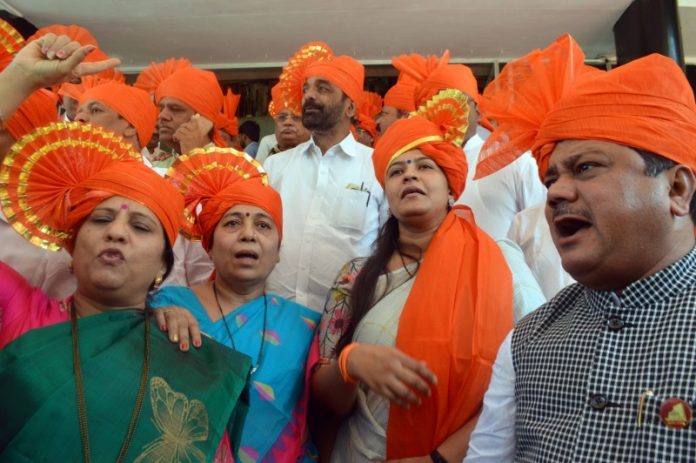 The Supreme Court will begin hearing a batch of pleas, challenging the constitutional validity of reservation for the Marathas in education and jobs in Maharashtra, on January 22.

Senior advocate Arvind Datar, representing one of the parties opposing the quota, said the case required detailed hearing as the Maharashtra law breached the 50 per cent reservation limit set by the top court in the Mandal judgment.

A Bench headed by Chief Justice S.A. Bobde asked the parties involved to complete the pleadings in the case. The question of referring the matter to a Constitution Bench would arise only after it was convinced with the plea, the Bench observed.

In July, the top court had decided to look into the Socially and Educationally Backward Classes (SEBC) Act 2018 granting reservation to the Marathas in education and jobs. It had declined to stay the Bombay High Court order upholding the statute with some modifications, which included staying the HC verdict allowing quota with a retrospective effect from 2014.

The court’s observation came on five petitions, including those filed by J. Laxman Rao Patil and lawyer Sanjeet Shukla.

The standing counsel for Maharashtra had said the quota would be applicable from November 2018, as the top court had refused any retrospective effect before November 2018.

A Bench, headed by then Chief Justice Ranjan Gogoi had issued notice returnable in two weeks wherein the parties will file more documents. The court agreed to hear the appeal for quashing the reservation for the Marathas and issued a notice to the Maharashtra government.

The petitioners argued the order breached the 50 per cent ceiling set by the apex court for reservations in each state, and the high court overlooked certain fundamental and legal clauses.

They claimed the state didn’t have the authority or law to create a class, like the Marathas, as a separate socially and educationally backward class. The counsel for the petitioners contended only the Centre could expand the ambit of reservation. Therefore, the reservation for the Marathas would require a constitutional amendment.

The Bombay High Court in June upheld the validity of reservations in education and government jobs granted to the Maratha community under the SEBC category, but reduced the quantum from 16 per cent to 12 per cent in education and 13 per cent in jobs, observing that the higher quota was “not justifiable”.

A Division Bench of Justices Ranjit More and Bharati Dangre also said the government was entitled to create a separate category for SEBCs and grant them reservations.

Sachin Tendulkar Urges Fans to Play the Sport They Love