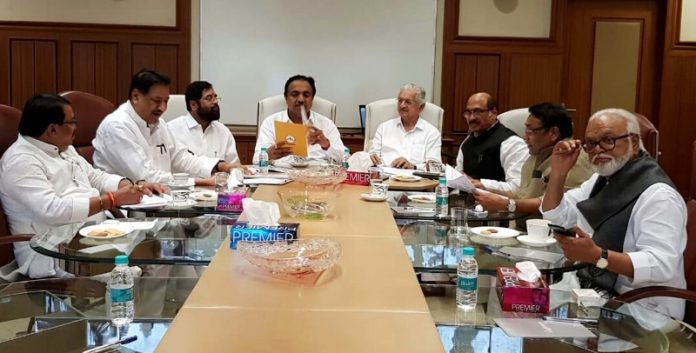 A Shiv Sena-led government in Maharashtra would be formed before the first phase of the Jharkhand Assembly elections, said the Nationalist Congress Party (NCP) spokesperson Nawab Malik, here on Wednesday.

Taking a pot shot at Bharatiya Janata Party (BJP) chief Amit Shah, Malik said in a tongue-in-cheek remark, “We have defeated the ‘Chankya’ of the country.” The three parties were coming together to form the government, he added.

The first phase of Jharkhand Assembly polls will be on November 30.

While the Chief Minister would be from the Sena, ministerial portfolios would be shared according to the strength of each party, he said. The NCP and the Congress would also have deputy chief ministers in the state.

The formula, according to him, is one Minister for every four MLAs in the 288-member Assembly.

The Congress is likely to get 11 portfolios and the post of the Speaker in the Maharashtra Assembly. The rest of the portfolios would be shared by the Sena and the NCP, sources said.

He said the NCP and the Sena will share the rotational chief ministerial formula with the Sena getting the first term.

A senior NCP leader present at the Wednesday’s meeting told IANS, the Sena would also be invited to take part in the next meeting between the Congress and the NCP.