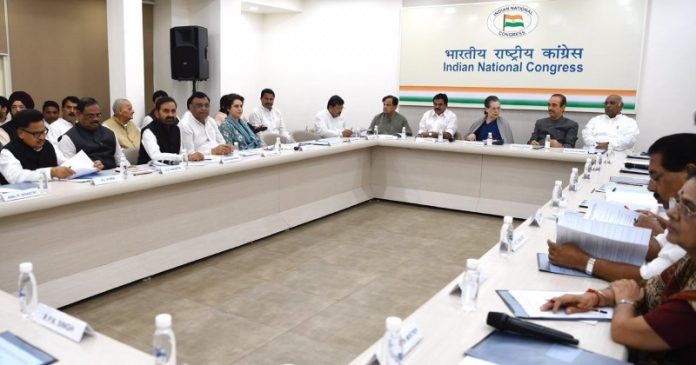 The Congress on Monday at its parliamentary strategic meeting chaired by interim President Sonia Gandhi decided to raise the issue of Maharashtra in both houses of Parliament.

The party has asked its leaders to raise the issue strongly. The managers within the party were satisfied as no MLA from the party has rebelled until now.

The Maharashtra political drama is still on with the Nationalist Congress Party shifting its MLA to Hyatt Hotel and also claiming to have managed to get back MLAs both MLAs from Gurugram — Daulat Daroda and Anil Patil, who were flown back to Mumbai late on Sunday, according to reports.

All the three parties of the Maha Vikas Aghadi are trying to keep their flock together ahead of Supreme Court ruling later.