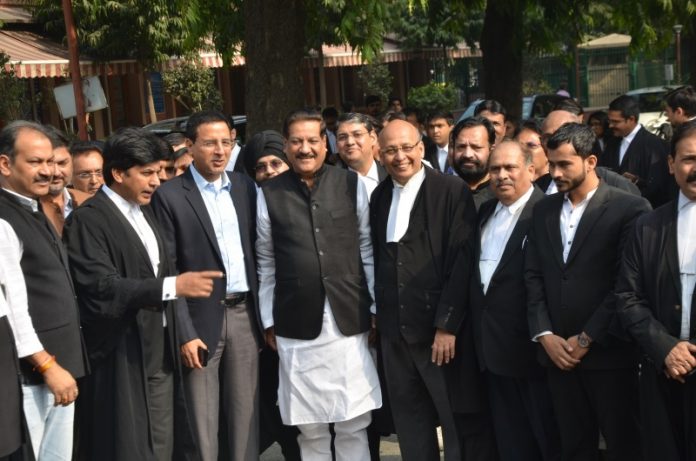 Upping its ante on the “illegitimate” BJP-led Maharashtra government, the Congress on Sunday sought for the immediate resignation of Chief Minister Devendra Fadnavis.

The opposition party’s remarks came after the Supreme Court, in an unprecedented hearing on Sunday, asked Solicitor General Tushar Mehta to produce letters of support, used by Fadnavis in staking claim to form the government in Maharashtra, by 10.30 a.m. Monday before passing orders on the brewing political drama in the state.

Terming Fadnavis’s government an “illegitimate government”, former Maharashtra Chief Minister Prithviraj Chavan said that the Congress demands that the state government should tender its resignation without any delay and arrange a floor test on Monday.

“The Maharashtra government has no right to be in power,” he said.

Chavan expressed hope that the Supreme Court would give a verdict on Monday in their favour and in the favour of people of Maharashtra because the current government is “illegitimate” and is not “worthy” to rule for even a day.

“If we were not sure of forming government in Maharashtra, we would not have demanded a floor test,” Chavan said in response to media queries following the Supreme Court’s order to defer the hearing on Maharashtra government formation issue while asking Centre to submit the letters of Maharashtra Governor Bhagat Singh Koshyari inviting Fadnavis and of the BJP leader staking his claim to form the government in the state.

He questioned why the government does not want to hold a floor test if it has the majority. “Why they are seeking time for the floor test?

“This is an illegitimate government. In the floor test, it would be clear that the BJP and Ajit Pawar has no majority.”

The Supreme Court, however, did not grant any interim relief to the Shiv Sena, Nationalist Congress Party (NCP) and Congress combine to direct the Fadnavis government to undertake floor test within 24 hours and rather said that this issue would be dealt with only after perusing the two letters on Monday.

A three-judge bench headed by Justice N V Ramana said the plea of the post-poll alliance, ‘Maha Vikas Aghadi’, seeking a direction to the Governor to invite them to form the government under the leadership of Shiv Sena chief Uddhav Thackeray would not be considered at present.

The NCP, Shiv Sena and Congress combine had moved plea in the apex court after Sharad Pawar’s nephew and NCP’s then legislative party leader in Maharashtra, Ajit Pawar, on Saturday morning took the oath of office to serve as Chief Minister Fadnavis’s deputy.

In the 288-member Assembly, the BJP is the single- largest party with 105 MLAs, followed by Shiv Sena, NCP and Congress party having 56, 54 and 44 members, respectively.