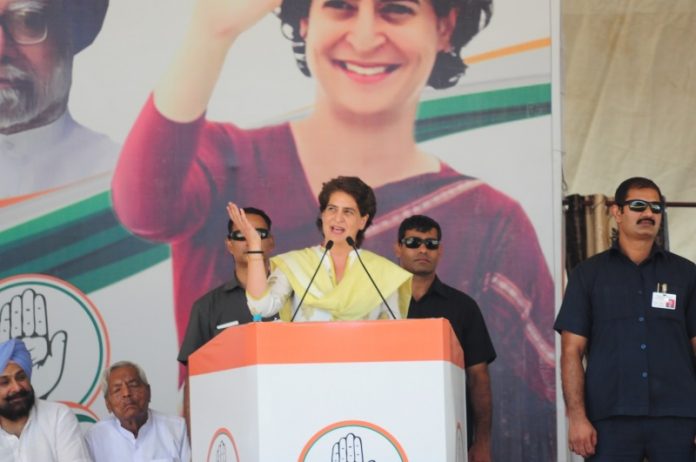 Attacking the BJP for not giving importance to the farmers in Maharashtra, Congress leader Priyanka Gandhi on Monday said the BJP is defying the institutions and constitution in the state and questioned if the party is “abducting” the public mandate.

In a tweet in Hindi, she also said that 12,000 farmers committed suicide in Maharashtra and “for them, no help came from the BJP government”.

“TV is showing that the BJP is trying to repeat the game of Karnataka while defying the institutions and constitution in Maharashtra. Have we reached the stage of open abduction of the public mandate?” she said.

In a sudden development on Saturday, Devendra Fadnavis was sworn in as the Maharashtra Chief Minister and NCP leader Ajit Pawar as his deputy by Governor Bhagat Singh Koshyari.

The Shiv Sena, Congress and NCP, the three other parties who were planning to form a government, have challenged the government formation and knocked on the doors of the Supreme Court.