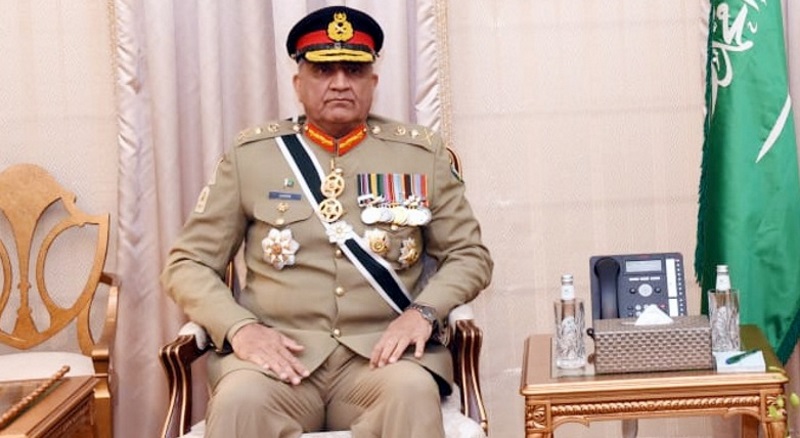 The development adds volatility to the charged up political atmosphere in Pakistan where troubles have encircled the Imran Khan government on many fronts. There are reports of friction between the Army and the government.

Chief Justice of Pakistan Asif Saeed Khosa suspended till Wednesday the notification extending the tenure of the Army chief for another three years, The Express Tribune reported.

The suspension was given by a three-member bench consisting of the Chief Justice along with judges Mazhar Alam and Justice Mansoor Ali Shah. The bench took up a withdrawal application of a plea filed by The Jurists Foundation against the Bajwa’s tenure extension. Justice Khosa, however, rejected the application and took up the petition under Article 184 (3) of the Constitution under public interest.

The case was converted into a suo moto.

The Jurist Foundation had challenged the extension given to the Army chief, who was to retire on November 29, asking the Supreme Court to declare it null and void and illegal.

“Only the President of Pakistan can extend the tenure of the Army chief,” Justice Khosa said during the hearing, with reference to the Army chief’s extension being notified by the Prime Minister’s Office in August.

“The government can only suspend his retirement and the army chief has not retired yet,” said the CJP.

The government was defended by Attorney General Anwar Mansoor Khan who argued that “the summary has been approved by the federal cabinet.”

Justice Khosa noted that out of 25 cabinet members, only 11 had approved Bajwa’s extension.

The court observed, “The Attorney General could not present any legal reason for an extension in tenure.”

The Supreme Court issued notices to Gen Bajwa, Pakistan Defence Ministry and the federal government. The hearing was adjourned until Wednesday.