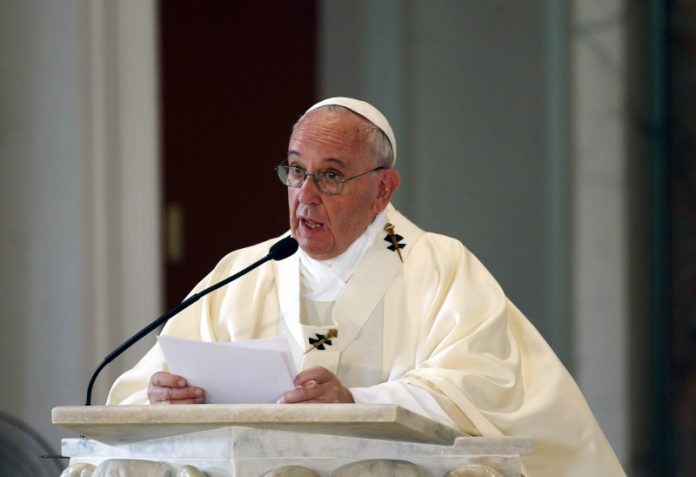 Pope Francis on Tuesday ended his trip to Japan, marked by his condemnation of the possession and possible use of nuclear weapons.

In his private meeting with recently enthroned Emperor Naruhito, Francis shared the memory of having seen his parents cry over what happened in Hiroshima after the dropping of the atomic bomb, Efe news reported.

His Japan trip’s first stops were at Hiroshima and Nagasaki, cities razed by the atomic bombs dropped by the US in 1945, which has caused nearly 400,000 deaths to date due to radiation.

In Nagasaki — next to the iconic photo of the boy who waits with his dead brother at the back for the crematorium with his lips pressed — Francis called on leaders of nuclear countries to abandon the climate of fear on which their motivations are built.

He said our world lives “in the perverse dichotomy of wanting to defend and guarantee stability and peace based on false security supported by a mentality of fear and distrust, which poisons relations between people and prevents dialogue”.

In Hiroshima, survivors spoke and recalled the memories of that day.

“I work hard to testify that we should not use these terrible atomic bombs again, nor let anyone in the world feel so much suffering,” said Yoshiko Kajimoto, who was 17 when the bomb struck.

He said their possession was also immoral and that “we will be judged for this”.

Prime Minister Shinzo Abe told Pope Francis that Japan, being the only country to have suffered the consequences of a nuclear bomb, has also experienced the terror of nuclear leaks following the Fukushima earthquake and tsunami in 2011.

The debate about the dangers of nuclear power plants continued during the Pope’s trip, as Japanese bishops themselves have repeatedly asked for the closure of reactors.

“Please pray that the threat of radiation exposure will be eliminated from our future worldwide,” 16-year-old Matsuki Kamoshita — one of the victims of the Fukushima disaster — told Pope.

Francisco did not talk about the possible closure of the plants, but stressed the need to “make courageous and important decisions about the use of natural resources, and in particular about future sources of energy.”

The Fukushima disaster was the worst nuclear accident since the one in Chernobyl, Ukraine, in 1986. 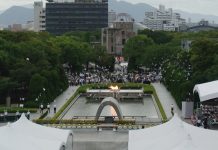 Have never been comfortable with undue attention, says Anurag Kashyap