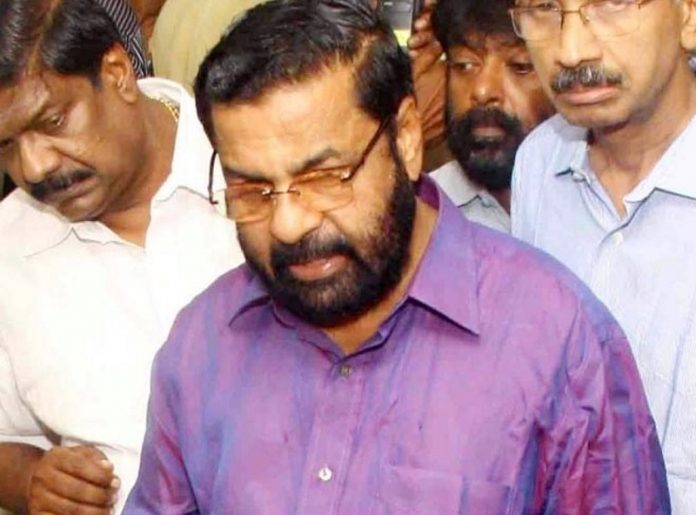 Terming the arrival of activist Trupti Desai in Kerala for a visit to the Sabarimala temple as a conspiracy, State Minister Kadakampally Surendran has said that certain vested interests are behind her visit.

Speaking to the media here, Surendran said that he suspects a conspiracy behind what happened.

“This seems to be a scripted thing as some vested interests are behind this. Right from very early morning on Tuesday all are seeing this and this is part of a conspiracy to unsettle peace in Kerala,” said Surendran.

Incidentally, it was the right wing backed TV channel-Janam which got the statement of Desai as soon as she landed at the airport, where she said that since the apex court has not stayed the verdict, they have come and will pray at the temple.

“Today is Constitution Day and with no stay on the entry of women, we should be allowed to pray at the temple,” said Desai before entering the Commissioner’s office.

Surendran went on to add that even legal experts have called the apex court verdict that came early this month as one with lots of ambiguity.

“When the verdict came last year, the Kerala government took a position as the verdict was very clear and this time it’s not clear. Anyone can approach the court for clarity,” added Surendran.

Desai arrived with four other activists at the airport around 5 a.m. on Tuesday and has been in discussion with the top police officers here requesting police protection to reach the temple, located about 200 km from here.

Hearing about her arrival, a large group of Sabarimala devotees gathered in front of the police office and started to sing Sabarimala hymns promising not to allow her to pray at the temple.

Bindu Ammini, one of the two women who on January 2 became the first women in the 10 to 50 age group to pray at the temple was spotted by Sabarimala devotees and they vented their anger by using pepper spray on her and after a brief verbal duel, she was taken out by the police from the Commissioner’s office, for medical attention.

The police later took into custody right-wing activists for it.

“The attack on women is not acceptable at all,” said Surendran.

Though the Supreme Court, earlier in November gave a 3:2 verdict referring the Sabarimala review pleas to a larger seven-judge bench, it maintained that it has not stayed its September 28, 2018 order allowing women of all ages to enter the temple.

However, the Pinarayi Vijayan-led Left government has made its position clear that it will not make any effort to ensure the entry of women into the temple to pray.

The tradition of the temple has been to ban the entry of women in the age group from 10 to 50.

The two-month-long Sabarimala festival season began on November 17 and since seven women in the banned age group – all from outside Kerala who sought ‘darshan’ were not allowed entry to the temple by the police.

Devotees returning after praying at the temple, when they heard about Desai’s presence, turned furious and vowed to sacrifice their lives to protect the temple traditions.

“We will not allow anyone to break the traditions of this temple. All these activists are trying to destroy the sanctity of this hallowed temple,” said angry pilgrims.

Incidentally in the last season, Desai along with her friends failed to come out of the Kochi airport following a massive protest from right wing activists.