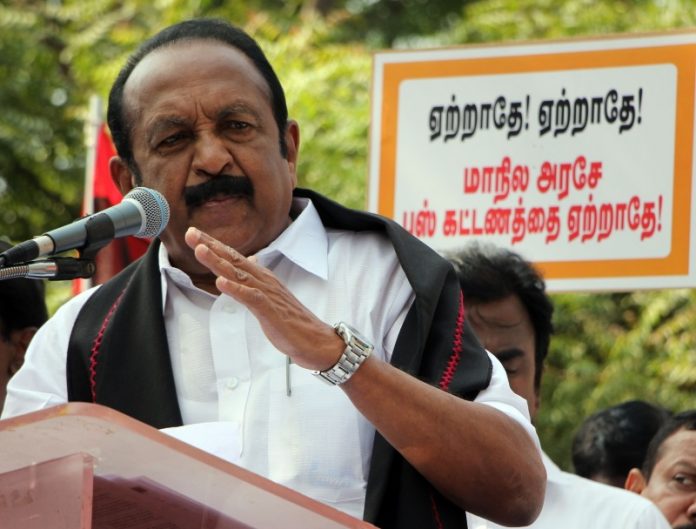 Seeking to ensure justice for all sections of the society, MDMK chief Vaiko and DMK leader P Wilson on Wednesday demanded to set up regional benches of the Supreme Court (SC).

Vaiko said that people from the southern parts of the country face many problems such as language barrier, exorbitant fees, long travel time in approaching the Supreme Court and hence a regional bench should be established in Chennai.

“The aforesaid issues have discouraged the weaker sections of the society from seeking legal assistance from the Supreme Court,” he said while raising the issue in Rajya Sabha.

Noting that as many as 54,013 cases were pending in the SC as on May 4, 2018, the MDMK leader said that setting up another bench would reduce the backlog of cases and also ensure speedy justice.

DMK leader P Wilson also made a strong case for setting up regional bench saying a Parliamentary Standing Committee and Law Commission had recommended such step. Many members associated themselves with the issue raised by the two leaders.

Meanwhile, the Rajya Sabha also paid tribute to former Madhya Pradesh Chief Minister Kailash Joshi who passed away on Sunday at the age of 90.