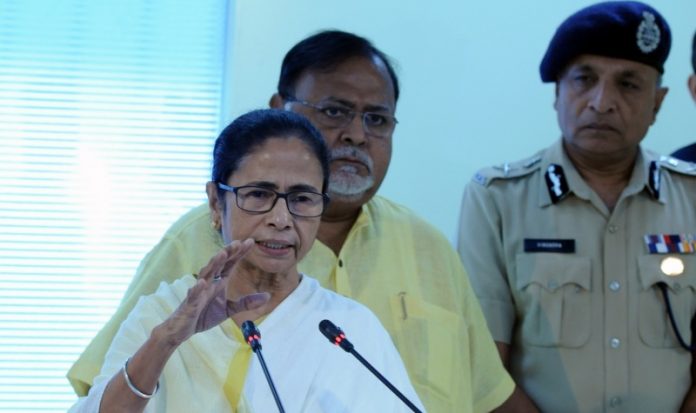 The coming together of the Shiv Sena, Congress and the Nationalist Congress Party in Maharashtra is a big setback for the BJP, West Bengal Chief Minister Mamata Banerjee said here on Thursday.

Banerjee asked the BJP to ponder over how the Sena, a “more strident Hindutva party”, joined hands with the other two outfits.

“It happened post-poll. But I can tell you, Shiv Sena is a more strident Hindutva party. But what happened that SS-Congress-NCP all have come together? It is a huge setback for the BJP,” Banerjee told the media.

The Trinamool Congress chief denied that she had received an official invite for the swearing-in of Shiv Sena head Uddhav Thackeray as Maharashtra Chief Minister.

“They were supposed to take oath on December 1. But they are taking oath today itself. That’s their decision. That’s well and good. But they could not contact me within this short time. I did not get any official information,” she said.