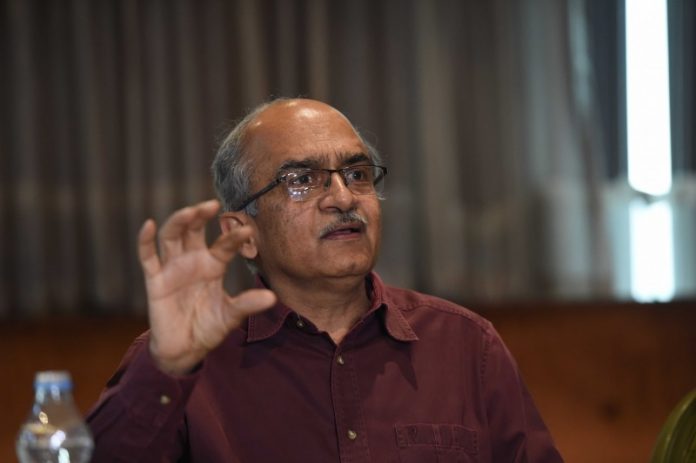 Amid a raging political debate on electoral bonds, an intervention application was filed on Friday by an NGO in the Supreme Court seeking a stay on the Electoral Bond Scheme 2018, notified by the Centre on January 2, 2018.

The Association for Democratic Reforms through advocate Prashant Bhushan filed the application in the apex court said: “The government made SBI accept expired electoral bonds sold in an illegal window.”

The application emphasized the scheme has opened the floodgates to unlimited corporate donations to political parties and anonymous financing by Indian and foreign companies, potentially having serious repercussions on Indian democracy.

The bonds were introduced through the Finance Act of 2017, which is exempt from disclosure under the Representation of the People Act, 1951, therefore opening doors to unchecked and anonymous funding to political parties.

“These bonds are in the nature of bearer bonds. The identity of the donor is kept anonymous. Political parties are not required to disclose the name of the person/entity donating to a party through electoral bonds”, said the application.

The application cited vital documents that surfaced through RTI having a bearing on the case. According to these documents, the RBI repeatedly opposed electoral bond Scheme and amendments made to RBI Act through the Finance Bill, 2017, and termed it bad precedent.

“The RBI again raised concerns about the possibility of misuse of electoral bonds, highlighting that globally there is hardly any such precedent. It recommended safeguards to minimize the misuse through its letter dated August 4, 2017, signed by B.P. Kanungo, the Deputy Governor of RBI”, said the application.

The application also submitted that prior to the notification of the electoral bond scheme, the PMO directed that these rules be broken on two separate occasions. “This came to light when an officer in the Finance Ministry noted that an extra window period was being asked for by the PMO in the run-up assembly elections held in May,” said the application.