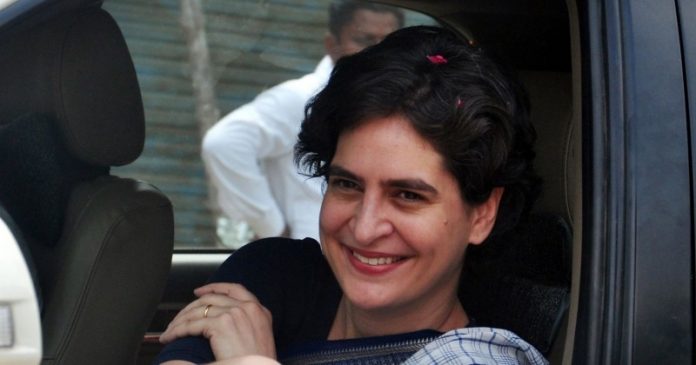 Congress General Secretary Priyanka Gandhi Vadra has written to Uttar Pradesh Chief Minister Yogi Adityanath seeking an inquiry into the alleged suicide of a Jawahar Navodaya Vidyalaya (JNV) student and asserted that action in the matter is of utmost importance for the safety of girls in the state.

Priyanka Gandhi, who is also the in-charge of the eastern Uttar Pradesh in a letter dated November 28 to the Chief Minister said the incident was “heart wrenching” and it assumes importance in the context of the security of girls studying in various institutions in the state.

“The body of Subhash Pandey’s daughter was found in the hostel under mysterious circumstances. Injury marks were found on her body but post-mortem report said no injury marks were there on the body. The deceased’s family has said the girl was murdered,” Priyanka wrote in the letter. She alleged that the body of the girl was also cremated in absence of the family members.

On September 16, the body of 17-year-old Anushka Pandey, a Class 11 student of JNV, Bhongaon, was found hanging from the ceiling of her hostel room.

Priyanka Gandhi said the family of the deceased has raised several questions about the incident and asked for action to be taken by the authorities.

“They have every right to know what happened with their daughter and who all were involved. Is the administration trying to shield someone,” she said.

Priyanka Gandhi demanded an “unbiased inquiry” in order to ensure justice for the family of the deceased and also requested the Chief Minister to order a probe immediately.

She also said: “For ensuring the safety of girls in the state, it is very important that action should be taken in this matter.”

Senior Congress leader Jitin Prasada had last week visited the deceased’s family and expressed solidarity with them, calling for an urgent inquiry.

According to the Uttar Pradesh police, a suicide note was found in the room in which the student stated that she was taking the extreme step as her roommates had publicly humiliated and taunted her over the theft of some snacks.

However, Pandey’s father had lodged an FIR against the school principal Sushma Sagar, hostel warden, and two students alleging that his daughter was murdered.