Actress-entrepreneur Tara Sharma who is gearing up for the new season of “The Tara Sharma Show” on parenting says that it is crucial for parents to be aware of the different conditions of children so that they can sensitize their little ones to build an equal and inclusive society for the future generation.

December 3 marks International Day of Persons with Disability, and keeping sensible parenting in mind, Tara told IANS: “We are constantly talking about building a society where equality is established and inclusion is important. But it is easier said than done. At times, we avoid people who are different than us, only because we do not know how to handle them. For instance, we tend to either avoid or overcompensate to differently-abled people, but that is not the right way to look at it. As parents, we have to sensitize our children to others who are different -– (in terms of) caste, race, culture, and gender, or even the differently-abled.”

Citing an example, she explained: “A couple who came to my show as guests have a little girl with down syndrome. The parents are trying to change the perspective towards children and how to treat a child with such a condition with equality. Unless we are aware of things as parents, we won’t be able to teach our children to be sensitive, and inclusion will not come in our society.”

Starting in 2011, as a blog diary, Tara continued the show to address various issues that revolve around parenting. Her two children have grown up, and she is broadening the area of discussion from just the health and wellbeing of children to psychology of the grown-up mind.

“I think it is important for parents to understand how to keep the balance between academics and the interests of their children that they can later pursue as a career. In our previous season, we invited Virat Kohli who is, of course, a youth icon and inspires thousands of young kids.”

“This year we have a conversation with Indian football team captain Sunil Chhetri. At times, kids enjoy sports so much that they don’t focus on study. Parents should know how to help them strike a balance. Talking to these achievers will give parents a clear picture on how these sports stars prepared when they were kids,” said Tara, whose show features Bollywood superstar Salman Khan and actress Kalki Koechlin among others this season.

Celebrities such as Aamir Khan, Kajol, John Abraham and Konkona Sen Sharma have appeared in the show in the past.

The show is mainly in English and, given its intent to create mass awareness, isn’t language a bar? “Partially that is true, but I am reaching out to a global audience because parenting is a universal topic. I am just trying to be honest with my conversation. It is true that I am urban and I speak in English. But I am evolving and so as my show, so maybe in the next season I will try to be more inclusive and relatable with language as well. It is a valid point that did not cross my mind earlier. To reach out to the grass-root level and bring about a positive change in that part of the society, a Hindi version of the show would be a good idea.” 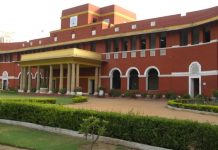 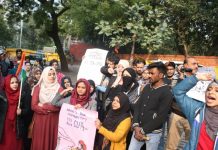 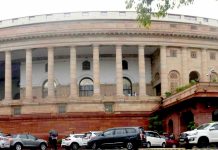