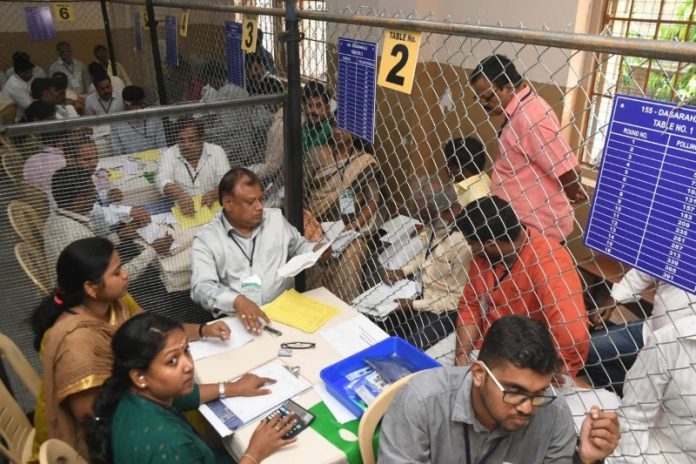 The counting of votes for the Karnataka’s by-elections held on December 5 in 15 Assembly constituencies began on Monday.

“Vote count in all the 15 Assembly segments began at 8:00 a.m. at 11 centres, including three in Bengaluru for four urban seats. Postal ballots are counted first, followed by counting of votes in EVMs,” Election Commission official G. Jadiyappa told media here.

The results of the bye-elections are crucial for the four-month-old Bharatiya Janata Party government in the southern state, as the ruling party requires at least seven seats in the 223-member Assembly for a simple majority, with 112 as the halfway mark.