The annual Magh Mela in Prayagraj that begins on January 10, 2020, will now be a plastic-free event.

The Magh Mela administration has banned the use of plastic and thermocol items in the Mela township.

“The Magh Mela will be an eco-friendly affair. We will be deploying three special teams to keep an eye on vendors flouting the rule. We are making all stakeholders aware of the hazardous use of plastic and thermocol products during the Magh Mela,” said Rajnish Mishra, the Mela officer.

During the Kumbh Mela, held earlier this year, the authorities had tried to restrict the use of plastic products but the plan could not succeed, mainly due to lack of awareness.

Thermocol and plastic plates and glasses were used by various ‘akharas’ for the community meals.

This time, the Mela officials are taking care to inform all saints and seers about the ban on plastic and thermocol.

“We will ensure that the organizations, seers, and vendors who are spotted using plastic or thermocol products are fined. Their credentials would be marked ‘red’ so that the authorities do not entertain them in the future Melas,” said Mishra.

“We will urge devotees to shun the use of plastic and thermocouple and ask them to use ‘kulhad’ and plates made from leaves,” he said.

Local potters have also been asked to stock up on ‘kulaks’ given the demand during the Mela.

Meanwhile, preparations are being held at a mega-scale for the annual event.

It has been decided that in-line to the facilities provided by the railways during Kumbh 2019, there would be similar facilities for the pilgrims coming for Magh Mela 2020 too.

During the Mela, a railway exhibition will be displayed in the parade ground. For the convenience of passengers in the PRS (Passengers Reservation System) and UTS (unreserved ticket system) categories, counters will also be opened.

In addition to this, for the safety of the passengers, more CCTV cameras will be installed in the station areas.

The Magh Mela 2020, promoted as ‘Mini-Kumbh’, is held every year in Prayagraj and millions of devotees will attend the 43-day long event. 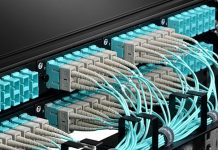 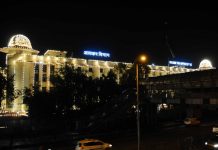 Delhi-ncr Gets its First Artistic Slum