As petrol prices continued to hover at Rs 75 per liter and above in the four metro cities, Twitterati on Wednesday tweeted their displeasure, apart from posting memes and funny comments.

One user remarked: “Everybody is noticing onion prices but the price of one commodity is increasing silently. The petrol price today is Rs 77.83 in Chennai. This government will ask us to go for bullock carts now. The FM will say I have never traveled in a car so I don’t bother about the petrol price”.

Another post read: “After onion, garlic & other vegetable prices, now the petrol price has peaked. What exactly is the BJP government up to? How is the common man supposed to survive against the rising cost of basic commodities in times of financial crisis?”

One user remarked: “Petrol prices are still lower than onions. Just wait and watch as to who wins the race.”

One Twitter user had a funny response: “So, according to the present situation, I’m gonna take tonnes of onions, tomatoes, garlic, and petrol as dowry”. 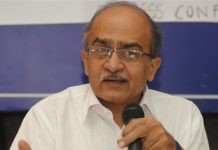