They have upheld the flag of club football in India high over the years, but the recent performances of East Bengal and Mohun Bagan haven’t been anything to write home about in recent times. Spells of trophy-less years, unhappy fans and sponsor problems have put the legacy clubs in a spot of bother. Even as critics have questioned if it is time to look at the new clubs coming in, India skipper Sunil Chhetri believes that their contribution to the game cannot be forgotten overnight.

Speaking to IANS, Chhetri said that though he is not in a position to comment on the current state of affairs in clubs like East Bengal and Mohun Bangan, these are clubs with a rich history.

“Happens, it happens sometimes. The clubs won’t win trophies, it happens. You see East Bengal and Mohun Bagan are monumental clubs of our country. They were, are and will remain the biggest clubs in our country. The kind of fan base they have, they will always be big,” he said.

“If you see their history, then you might think that it is (the long bad phase) because every year they used to win a trophy. It is just a bad phase and the clubs will return to their winning ways soon. They have a massive fan following, they are huge clubs with a huge history. So things will happen, you just have to be patient.”

He agrees with the fact that the performance of these two clubs has left a lot to be desired in recent times, but then he has a point when he says that the new clubs that are coming up have started playing better.

“New clubs are playing well. New clubs are making good teams, that’s about it. When a team does well throughout the season, like the Chennai City in the I-League did last year, they were a good team throughout the season. That means in that one year they have the right coach, the right mentality, the sync with the players, the players understood it, they had fewer injuries. They had more match winners. It’s a combination of too many factors for a team to do well.”

The India skipper though refused to comment on what is wrong and right, saying that things are just not falling in place for the two Kolkata giants. But he is hopeful that the turnaround is near the corner.

“They are massive clubs. Best clubs in our country as far as history, trophy, fan-following is concerned. And it’s just about a phase and I am sure people involved in the clubs, they understand this and they will rectify this and soon you will see them winning trophies,” he pointed.

Chhetri though doesn’t wish to decide if joining the Indian Super League (ISL) — the country’s top league — will help these clubs improve their performance. “I would love to play against them. I think in our Bengaluru FC (BFC) career one of the best games that BFC has played was against Mohun Bagan. That’s the one game that the whole country wanted to watch,” he revealed. 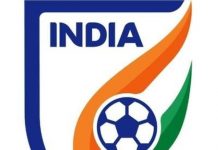 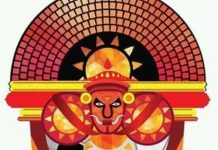 Political Deadlock in Goa after the Demise of Manohar Parrikar