Two days after Swedish climate crisis activist Greta Thunberg was nominated Time magazine’s 2019 ‘Person of the Year’, US President Donald Trump waded into controversy by tweeting about the 16-year-old activist. And the activist cheekily responded by using part of trump’s tweet in her twitter bio-data.

Trump retweeted a post by author Roma Downey congratulating Thunberg and wrote on @realDonaldTrump: “so ridiculous. Greta must work on her Anger Management problem, then go to a good old fashioned movie with a friend! Chill Greta, Chill!”

One user posted a picture of a blank page of a notebook and wrote: “Here’s a complete list of all of Greta’s ‘accomplishments’.”

A critic of Trump was not amused by the President’s tweet. Replying to @realDonaldTrump, he commented: “A***, she accomplished more in 16 years than you have in 71.”

Another posted: “@GretaThunberg is a child. A girl. Someone with Asperger syndrome. And she’s an inspiration. You’re a United States president. And you inspire no one. And you’re a scourge on the world.”

It was Thunberg who had the last laugh. She changed her Twitter biodata. Her official handle @GretaThunberg now says: “A teenager working on her anger management (sic) problem. Currently chilling and watching a good old-fashioned movie with a friend.” 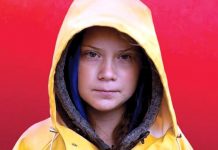 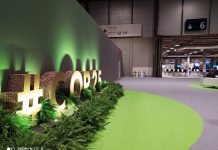