New Delhi:
A group of Jamia Millia Islamia students stood shirtless in the bone-chilling cold outside the varsity campus on Monday morning to protest against the police action on students.

Students raised slogans of “Inquilab Zindabad”, and also took out a march, demanding CBI inquiry into the police crackdown.

A large number of students also stood in solidarity with their colleagues at the university campus gates on Monday morning.

Students claimed that the police on Sunday damaged two mosques on the university campus, beat up the Imam and also a blind student, who was in the library.

“The government is anti-minority, anti-students, anti-poor. We won’t tolerate this. We won’t keep mum,” they added.

Protests against the new Citizenship Act turned violent in Delhi on Sunday evening as protesters, including some students of the Jamia Millia Islamia University, clashed with the police in south Delhi. 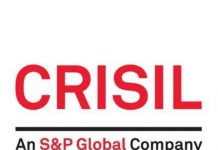