Chung, 69, is known for his economic expertise and believed to have been chosen for the role by President Moon at a time when South Korea faces economic stagnation, Efe news reported.

“What matters most to this end is to unite the people’s power as one through integration and harmony and pull off accomplishments in terms of the people’s living and economy so that they can feel changes,” Moon told state agency Yonhap.

Chung was the National Assembly speaker between June 2016 and May 2018. He studied law at Korea University and business at New York University.

He was later an executive at Ssangyong Group auto manufacturer for 17 years before entering politics with the ruling Democratic Party.

He also held the commerce, industry, and energy minister post between 2006 and 2007.

“I feel a heavy responsibility for being nominated as prime minister, particularly when the nation is faced with internal and external difficulties. I’ll concentrate on economic recovery and national unity and strive to make the government helpful to the people,” Chung told the media on Tuesday at the National Assembly.

It is believed Moon has sought for an experienced candidate who enjoys ample support, an important factor at a time marked by paralysis in the National Assembly amid disagreements between the two major parties – the ruling party and the opposition Liberty Korea Party.

These have come over electoral changes and measures seeking to reform the public prosecutor’s office.

The opposition called the nomination a “dictatorial” attempt to destroy the branches of government and “enslave” parliament.

“It’s a disgrace to the 70-year history of the Republic of Korea’s Constitution. It’s an act of violence committed by the Moon Jae-in government in disregard of the basic order of the state,” party spokesperson Jun Hee-Kyung said reacting to the nomination.

Following parliamentary approval, Chung will replace Lee Nak-yon as Prime Minister. Lee has held the post since May 2017, soon after Moon’s election win. 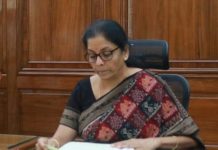 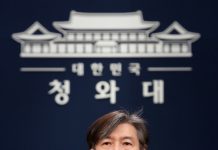 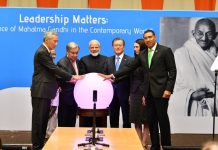 Leaders from around the world inagurate Gandhi solar park, peace garden at UN