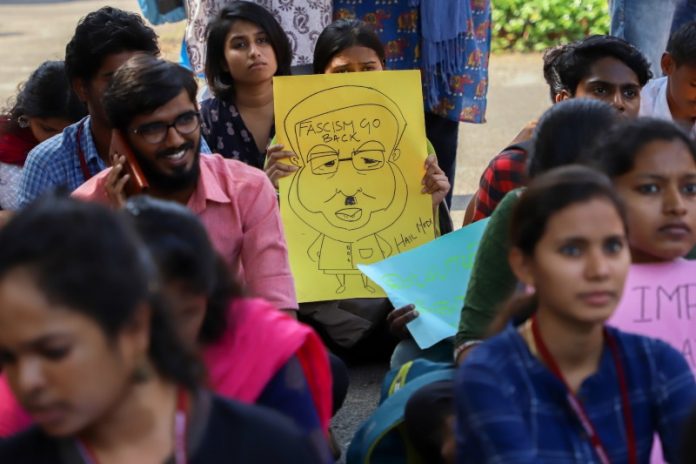 About 60 students are on sit-in protest inside the University of Madras campus here against the Citizenship Amendment Act (CAA) and police have entered the campus and are standing close to the protesters, a student said on Tuesday.

“We wanted to stage a protest against CAA for 48 hours. However the police and the University officials had asked us to move away. The University Registrar spoke to us and asked us to disperse. We are told two students have been taken into custody,” A.T. Elakkiyan, a second year MA political science student, told media.

He said about 60 students are sitting inside the University campus. The police have entered the campus and are in a scattered position.

“The University has asked the students not to come to the campus for any academics related work. We plan to stay put here,” Elakkiyan asserted.