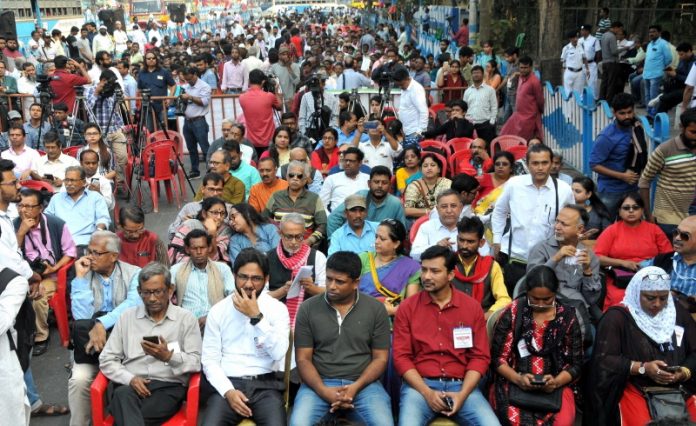 The ongoing work for preparing and updating the National Population Register (NPR) has been stayed in West Bengal, against the backdrop of virulent protests against the new citizenship law.

In an order, the state government asked the Commissioners of Howrah and Kolkata Municipal Corporation and the District Magistrates to stay “all activities” related to the NPR.

The directive was issued on Monday by the Additional Secretary, Home and Hill Affairs Department.

“I am directed to inform you that all activities regarding the preparation/updation of the National Population Registrar (NPR) are hereby stayed in West Bengal. No activity regarding NPR may be taken up without prior clearance from the Govt. of West Bengal. This order is issued in the interest of public order,” the communication said.

Government sources said the work on the NPR was at an initial stage, with the personnel concerned undergoing training.

The development comes at a time when Chief Minister Mamata Banerjee has repeatedly said the new citizenship law would not be implemented in the state while her government would also not allow any National Register for Citizens exercise.

The Left, which has hit the streets in protest against the NRC and CAA, had also trained its guns at the NPR exercise in the state, and demanded it be stopped forthwith. The Left parties have been attacking Banerjee and her government on the NPR exercise, claiming it was linked to the NRC.

However, the BJP described the stay on NPR activities as “unconstitutional” and said it was part of the census, under the National Census Act.