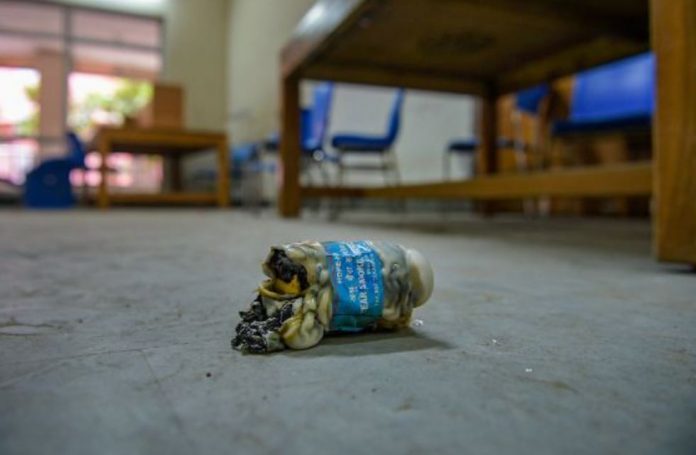 The Delhi High Court was on Thursday appraised that “450 tear gas shells were fired” at the protesters who were staging a protest against the Citizenship Amendment Act on December 15.

This is the most significant attack on the students since Independence, lawyers said as an appeal was made to the Solicitor General to become amicus curiae.

A Division Bench of the High Court led by Chief Justice D.N. Patel along with Justice C. Harishankar began the hearings into a bunch of petitions seeking inquiry into Sunday’s violence involving Delhi Police and Jamia Millia students.

Lawyers arguing on behalf of the petitioners included Sanjay Hegde and Indira Jaising.

The petitioners stated that police entered the campus and the library without permission.

The petitioners represented by their counsel submitted that the chief proctor of Jamia Millia had also stated that contrary to police claim, he had not permitted the police to enter the campus.

The petitioners contended that 450 tear gas shells were fired by the police and one of the students who received injuries at a police action, had lost sight in one of his eyes.

Hegde and Jaising also cited medical reports issued by AIIMS confirming that one of the students had suffered bullet injuries.

FIRs were being registered against the students and they were being portrayed as criminals, they said. “It is a serious case of violation of fundamental rights.”

Representing petitioners Sanjay Hegde questioned the police actions like entering the mosque and the library on campus. “Was there trouble in the hostels, toilets which justify the lathi blows, tear gas and bullets?” he asked.

“There are apprehensions on all sides and on those circumstances what action should be taken,” Sanjay Hegde stated.

Lawyer Indira Jaising appearing on behalf of petitioners said that according to the new law there have been protests all over the country. This is a country which was founded on the fundamental of non-violence.

“Why are we here before you is because Supreme Court found that it is a matter for fact-finding,” she added.

All of us would like to see peace restored in the city and the nation but peace requires peacemaking measures and these measures should come from the authorities and it should not be by words but by actions, she said.

The matter was shortly adjourned and was again taken up post-lunch.

“This is not a case of protest against newly passed law, it is against the police brutality on the students. It was said that the students were rioting,…

After no interim protection was given and the Delhi High Court judges left the Dias, advocates started shouting “Shame Shame”.