The Special Court hearing the Unnao Rape case has reserved its order on the quantum of sentence to be given to convicted former BJP leader Kuldeep Singh Sengar.

After the conclusion of arguments by both sides, Special Judge Dharmesh Sharma reserved his order which will be pronounced at 2 p.m.

Terming the Unnao victim’s case “an extraordinary one”, where the court has to “consider her continued suffering”, the CBI’s Additional Special Public Prosecutor on the previous date of hearing had asked for maximum punishment to be awarded to expelled BJP MLA Kuldeep Singh Sengar, who was convicted on Monday for the rape of a minor in 2017.

CBI’s Additional SPP Bhartendu argued that rape “is not only a physical assault but it causes immense mental trauma too” and “undue sympathy may disrupt the balance of sentence which would, in turn, hamper its societal impact”.

Bhartendu cited Supreme Court judgments in support of his arguments urging for a tighter punishment to the convicted Uttar Pradesh legislator from Banjarmau.

Keeping in view the impact of such a crime, Sengar deserves maximum punishment, Bhartendu said.

Apart from substantive punishment, the victim should be provided compensation also, the CBI counsel added.

The Unnao woman was allegedly kidnapped and raped by Sengar in 2017 when she was a minor. The rape complaint, however, was registered only after she attempted to immolate herself outside Chief Minister Yogi Adityanath’s official residence in Lucknow.

She took the extreme step after her father was thrashed by Sengar’s brother, Atul Sengar, taken to jail instead of the hospital even though he was grievously injured and died two days later in police custody. The matter came to light after a video clip showing Atul Sengar beating the father went viral on social media.

Amidst public outrage, the case was transferred to the Central Bureau of Investigation (CBI) and both the Sengars and two others were arrested.

On July 28 this year, the rape victim was severely injured after the car in which she was traveling was hit by a truck. Two of her aunts were killed in the accident and she and her lawyer were critically injured. The family alleged foul play in the accident.

The Supreme Court, taking cognizance of the rape survivor’s letter written to then Chief Justice of India Ranjan Gogoi, had on August 1 transferred all five cases registered in connection with the incident from a Lucknow court to a court in Delhi with directions to hold trial daily and complete it within 45 days.

Sengar, a four-time BJP MLA from Bangermau in Unnao district, was expelled from the party in August 2019.

The court had, on August 9, framed charges against the Sengar and Shashi Singh under Sections 120 B (criminal conspiracy), 363 (kidnapping), 366 (kidnapping or inducing a woman to compel for marriage), 376 (rape) of the IPC and other relevant sections of the POCSO Act. 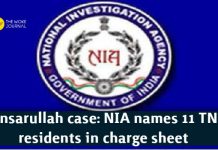