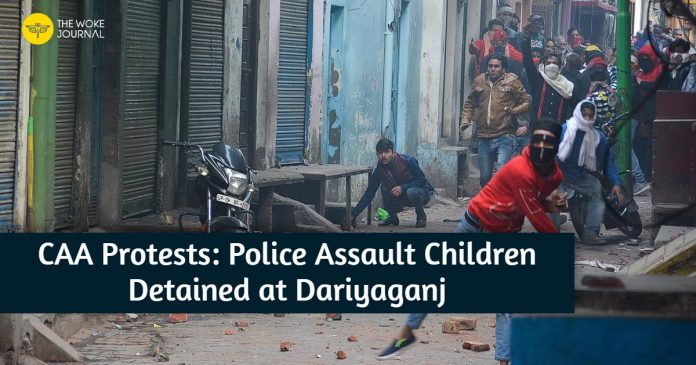 The juveniles who were released from Daryaganj Police Station, reportedly said that they had been beaten up by the police. According to wire.in, a minor alleged that the police asked them to remove their pyjamas and beat them with a belt in the station.

18 minors were picked up from Daryaganj yesterday by the police amidst the ongoing protest against Citizenship Amendment Act. The minors who were released from the station yesterday had visible injuries according to reports.

The boys are scared, hesitant to speak to the media or anyone else. Several have sustained injuries that need further treatment. One of the boys said that he was not even part of the protest, but was picked up from the area nonetheless. He says he was beaten and taken to the police station,” reported Citizen.in