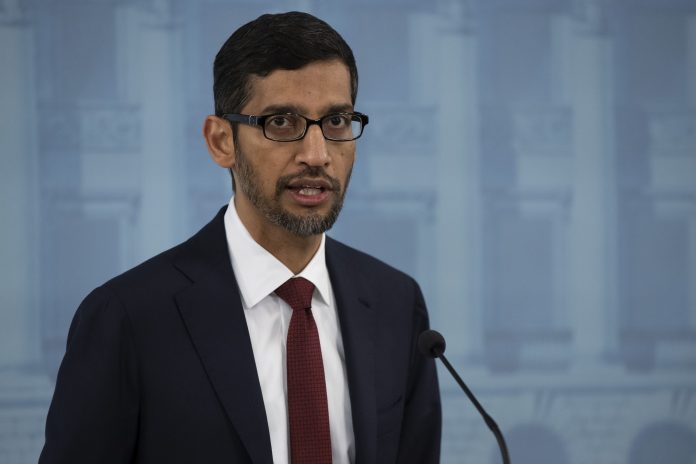 Alphabet and Google CEO Sundar Pichai will take home a $240 million stock package ($90 million of it tied to Alphabet’s performance) on top of a $2 million annual salary in 2020.

Alphabet said in a Securities Exchange Commission filing on Friday that Pichai will also start receiving a substantial raise from January 1 to $2 million a year, reports the Mercury News.

The compensation package is being given in recognition of Pichai’s “expanded role as CEO of Alphabet and Google”.

Pichai on Thursday received $90 million in stock awards that will vest by the end of 2022 “depending on Alphabet’s shareholder returns compared to the S&P 100”, the filing said.

“Pichai also received two other stock grants, of $120 million and $30 million, neither tied to performance but subject to his continued employment,” the report said, citing the filing.

Signaling the end of an era, Google co-founders Larry Page and Sergey Brin decided to relinquish their current positions in the parent company Alphabet earlier this month, making India-born Pichai the CEO of both Google and Alphabet.

Page and Brin will continue their involvement as co-founders, shareholders, and members of AlphabetX’s Board of Directors.

Pichai joined Google in 2004 and helped lead the development of Google Toolbar and then Google Chrome, which grew to become the world’s most popular internet browser.

Sundar became Google’s CEO in August 2015. He joined the Board of Directors of Alphabet, Google’s parent company, in July 2017.

Under his leadership as CEO, Google has been focused on developing products and services, powered by the latest advances in AI, that offer help in moments big and small.

Pichai, who grew up in Chennai and studied engineering at the Indian Institute of Technology, holds a master’s degree from Stanford University and an MBA from the Wharton School.

ICMR answers all you want to know about killer Corona