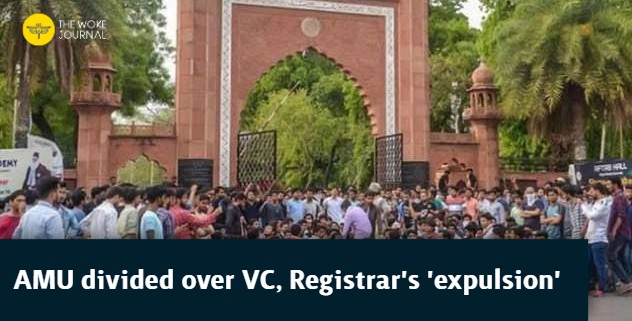 Less than 24 hours after students and teachers of Aligarh Muslim University (AMU) claimed to have ‘expelled’ their Vice-Chancellor and Registrar for supporting police action during protests in the campus over the citizenship law, a clear division was being seen among the student community.

A section of students, who were apparently supporting the Vice-Chancellor and Registrar, has termed the ‘expulsion’ as fake news.

The other group remains firm on its stand of expelling the VC and Registrar.

Members of both the groups, however, do not wish to be named.

“This is fake news. There has been no meeting of students or faculty members. In fact, the campus is almost empty because all hostellers have left after the AMU closed on December 15. Moreover, our students and teachers even authorized to expel a Vice-Chancellor?” asked one of the students supporting the VC.

He requested anonymity because he said he would be targeted by the ‘other lobby’ later.

The other group, however, maintained that the expulsion letter was ‘genuine’ and merely an expression of their angst against the AMU authorities who did not even protest against police action on the students.

“We know we cannot expel the Vice-Chancellor or the Registrar, but we have no respect for them after they did not stand up for us. We were protesting peacefully in support of the Jamia students and the police crackdown was uncalled for. We will resume our agitation against the Vice-Chancellor, as soon as the AMU reopens on January 6,” said a student.

He said he did not wish to be named because he would be targeted by the police, which is continuing its ‘witch-hunt’.

A senior faculty member, meanwhile, said that the ‘expulsion’ was only an expression of students’ disillusionment with the AMU administration and nothing more should be read into it.